Time running out to bid on tailwheel package 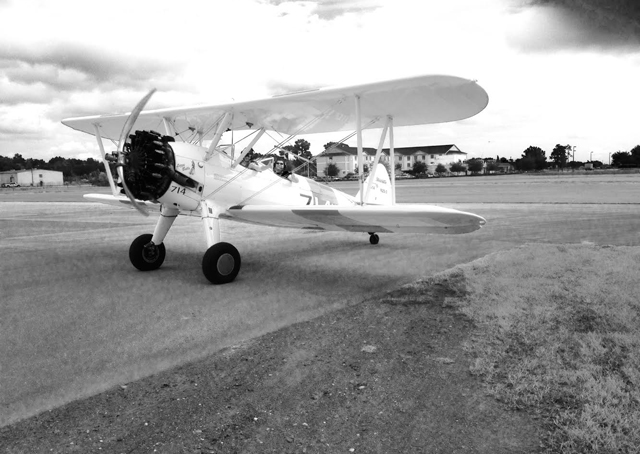 In eight to 10 flight hours, Jonathan Amundsen transforms nosewheel pilots to taildragger champs—and for the winner of a 2013 AOPA Foundation auction item, threw in two hours in a 1940 Stearman Kaydet biplane.

Time is running out for potential tailwheel pilots to bid on the same package of tailwheel training at Lakeland, Florida-based Tailwheels Etc. in this year’s AOPA Foundation online auction, whose proceeds will help protect the future of general aviation. The training package includes some ground training, up to eight hours of flight instruction in a 1957 Aeronca Champ, and two hours of instruction in the fully restored, World-War-II-era, open-cockpit Stearman.

Amundsen recently gave the 2013 winner a chance to do something different from her normal business flying. He generally follows the same syllabus, starting with a little ground school before going up to do air work to get familiarized with the airplane. Then, he said, it’s takeoffs and landings: three-point landings first, then crosswind, then wheel landings and go-around procedures. Because there are many airports in the area, he does about half a dozen landings at each before flying to the next airport, giving the student a chance to regroup on the way. He takes eight to 10 hours for the tailwheel endorsement, he said, to be sure that a student is proficient and will be able to fly taildraggers confidently. 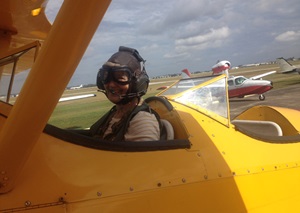 The Stearman, a taste of another era, is a special treat for the auction winner. Amundsen’s flight with 2013 winner Elaine Hodgson was on a windy day, he said, which limited the number of takeoffs and landings they did; but they were able to fly to some Tampa Bay-area airports and do a few loops and a couple rolls in the radial-engine biplane. “She fell in love with it,” Amundsen said. “She absolutely had a ball. … It was a smile you could not wipe off her face if you tried.”

Student recommendations earned Tailwheels Etc. an AOPA Flight Training Excellence Award in 2012 and landed it on the association’s Flight School Honor Roll in 2014; Amundsen said he and his father started the business to give tailwheel instruction, but its fleet has grown to a variety of both conventional-gear and nosewheel aircraft. The school has earned a reputation for successful accelerated training and helping “finish-up” students complete a pilot certificate. Bid on the Tailwheels Etc. package and other items and experiences online; the auction closes midnight Eastern Standard Time on Dec. 21.