Get the app Get the app
Already a member? Please login below for an enhanced experience. Not a member? Join today
News & Media Training Tip: Fog's thinly veiled threat 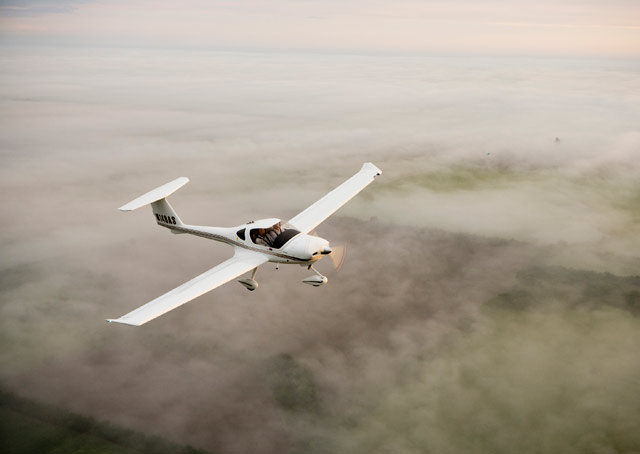 What’s the sneakiest cloud in the sky when it comes to ensnaring a VFR pilot in less-than-VFR conditions?

Here’s a hint: When a pilot has an inadvertent encounter with this kind of cloud, it’s likely that the offending obscuration will be lying in wait below—not above, not ahead of—the aircraft. That’s serious because if the cloud in question—fog—is near, the ground is not far away.

"Fog is a cloud that begins within 50 feet of the surface. It typically occurs when the temperature of air near the ground is cooled to the air’s dew point. At this point, water vapor in the air condenses and becomes visible in the form of fog. Fog is classified according to the manner in which it forms and is dependent upon the current temperature and the amount of water vapor in the air," explains the Pilot’s Handbook of Aeronautical Knowledge on page 11-15.

Even the most conscientious pilot who gets quality weather briefings, monitors in-flight weather, and heeds the limitations placed in his or her logbook by a flight instructor could find an unexpected fog layer poised at the destination. A slight delay getting airborne, one that brings the departure time closer to evening could present the risk of encountering radiation fog as the sun goes down. A change of wind direction in a coastal area could send a low-lying layer onshore as advection fog. Precipitation fog could form in moisture-saturated air after a rain shower.

Accidents have occurred when pilots hurrying to land before fog overtook an airport lost visual references while descending toward what appeared as a thin, transparent fog layer but was actually thick and opaque when confronted along its length.

There’s a serious surprise factor inherent in such low-altitude scenarios. Avoidance is the perfect defense, but the next time you practice emergency flight by reference to instruments with your flight instructor, why not include a scenario—at a safe practice-area altitude—that simulates the transition from a gliding VFR descent to controlling the aircraft and climbing by instrument references as would be required after an inadvertent penetration of fog.

Such a drill will add practicality to a private pilot trainee's required practice of emergency instrument flying. It could also keep the distracting effect of surprise at bay if you must ever perform the maneuver under actual adverse conditions.