Safety and opportunity at the end of the combustion cycle 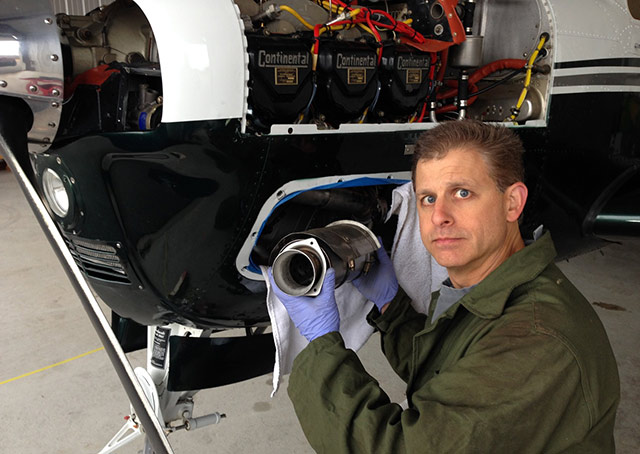 Recently, I was in one of those “Groundhog Day” discussions with a non-pilot about the safety of general aviation flying.  Certainly, flying is a riskier proposition than staying home. However, many people accept certain risks in life in order to pursue our passions. I summed up my personal rationalization of why I feel comfortable flying in a single word: Control.

Driving down the street, I have little control over some of the most commonly fatal accidents. Most car accidents happen in a split second.  If a car speeds through a red light at an intersection as I pass through, it’s unlikely I’ll have time to react and have control over my destiny.

Right or wrong, I think of flying differently. Accidents due to pilot error are largely within our control. And, almost all airborne mechanical failures give us time to react, analyze and attempt to remedy the issue. If the problem can’t be resolved, we often still have time to have some control over the ultimate outcome of the situation.

There are exceptions to this, of course. Failures that we cannot easily detect, or which happen too fast to react to are especially concerning. Over the past few years, I’ve seen several of these related to exhaust systems.

Exhaust systems are one of the few systems in our aircraft where a single point of failure can be catastrophic.  Exhaust leaks that vent into the heating system can incapacitate a pilot with no real opportunity to react.  Fortunately, we have options in the form of carbon monoxide detectors to help manage that risk. Actual mechanical failure of the exhaust system is a different story. A fractured exhaust riser can turn into a blow-torch under the cowl. Things happen fast in that situation. It can cut through or damage everything near the leak.  Or it can start a fire under the cowl, which is one of the worst situations a pilot can face.

Carefully inspect the exhaust flange, including the gasket, studs, and nuts that hold it together. There should be absolutely no leaks at all at this joint. Any leaks at the flange can quickly erode the cylinder studs and damage both the cylinder and the flange itself.

Many exhaust systems include slip joints and/or ball joints in the system. Again, you shouldn’t observe any dusty “flares” which indicate a leak in the system. Carefully inspect the exhaust hangars also. If a hangar fails, it’s only a matter of time before the resulting stress causes a crack in the system.

Mufflers are of specific concern for a couple of reasons: First, if the muffler is part of the heating system, the shroud should be removed for inspection to ensure that there is absolutely no mixing of the exhaust gasses and the cabin heat air.

Next, you’ll want to ensure that the muffler itself is airworthy. Many mufflers also include flame cones. These are perforated metal cones within the muffler that can warp and fracture over time due to heat, vibration, erosion, and corrosion. If a large enough of a piece breaks off, it can partially block the muffler and cause a significant reduction in power output from the engine.

A note about muffler inspection: The traditional “quick” method of checking a muffler is to look up the tailpipe with a flashlight to check the flame cone for distortion or damage. Traditional stainless-steel cones are the “canary in the coal mine” and will usually be the first item on a muffler to fail. The cones often begin to warp within a few hundred hours. Unless there are signs that it is beginning to crack apart, just keep an eye on it. Mufflers with Inconel flame cones are a different story. You cannot judge the condition of the muffler just by a quick look at the flame cone because it will not warp easily and there may be other parts of the muffler failing before you see a problem with the cone.

Exhaust system inspection should be a part of every preflight. This is one area that catching an issue on the ground can make all the difference in the world. Next time, we’ll talk about, maintenance, repair, and replacements options.  Until then, happy flying!