Get the app Get the app
Already a member? Please login below for an enhanced experience. Not a member? Join today
News & Media Brains scanned on final 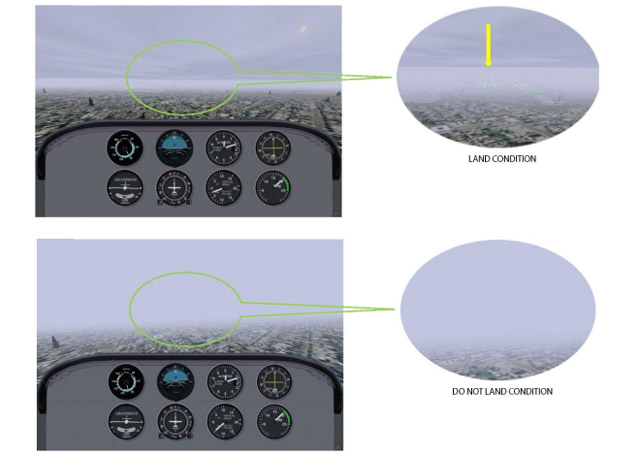 Pilots who flew a series of simulated approaches in varying visibility have helped researchers better understand the inner workings of an aviator’s brain, and the knowledge gained may lead to better flight training, better decision making, and fewer accidents.

Future pilot trainees might find themselves shooting simulated approaches (or performing other complex tasks such as emergency procedures) while their brains are actively scanned, and be taught with methods refined by intimate knowledge of how the brain handles flying tasks.

A study published Nov. 26 by PLOS ONE (an open-source, peer-reviewed scientific journal) found that the brains of more experienced pilots make better decisions with less neural activity than less experienced pilots during a critical phase of flight— in this case, the final phase of an ILS approach.

Stanford University professor Maheen Adamson (who is also affiliated with the VA Palo Alto Health Care System) has taken particular interest in the brain activity of pilots, and crafted, in collaboration with colleagues and local pilots, a study to test the ability of aviators with varied experience to correctly decide whether to continue a simulated ILS approach at decision height in a Cessna 172. Each simulation began at an altitude of 350 feet, with the runway quickly becoming visible for a legal landing, or not. As each pilot made the critical decision to land or execute a missed approach at decision height (200 feet), the research team used functional magnetic resonance imaging to measure blood flow in the brain, an indicator of neural activity.

Each simulated approach was flown with the pilots required to remain absolutely still inside the large scanning machine (movement of more than 4 millimeters would ruin the brain images). The more experienced group of 12 pilots made the correct decision (to land, or not, depending on visibility) more often—80 percent of the time, compared to 62 percent for the moderately experienced group. The less experienced pilots made significantly (in statistical terms) more errors, “i.e., more risky decisions to descend below the minimum safe altitude” than the more experienced group, the authors noted in their paper.

They also found that the brains of more experienced pilots handled the decision with less activity, particularly in the bilateral caudate region of the brain, which is involved in regulating the instrument scan (and, more generally, directing eye movements as focus is shifted quickly between different objects).

They found that pilots with more expertise had a more clearly defined pattern in their scan, and were less likely to fixate.

“For example, one novice had several instances of horizontal eye movements within the runway area itself and fixated on both the airspeed and altimeter instruments,” the study notes.

The findings have potential to refine how pilots are trained and evaluated.

“In fact, monitoring brain activity, such as in bilateral caudate, might prove to be an effective means for monitoring cognitive states and task engagement, which could be valuable for training recruits especially in military settings,” the authors state, noting that aviation safety researchers are developing various methods to monitor brain activity as pilots perform simulator tasks. “Once developed, these portable neuroimaging methods can be applied in real-world settings, for example, in simulator settings where pilots undergo training (e.g. simulated flight emergencies) or re-certification following medical treatment.”

“Such practical applications are important, given that weather-related accidents have the highest rates of fatality (71 [percent]) among [U.S.] general aviation accidents,” the study notes, citing AOPA Air Safety Institute research. “In fact, in approximately 2,000 cases of approaches in severe weather conditions, two out of three commercial aircrews chose to land” (according to research by MIT published in 1999). “The ‘urge to land’ phenomenon (also known as the 'get-home-itis syndrome' by pilots and 'plan continuation error' by aviation psychologists has been implicated in more than 41.5 [percent] of casualties in civil aviation (as reported by the French Accident Investigation Bureau).”

“In the future, we could put a trainee in a scanner and see what mechanism in their brain they’re using to get better at the task, and train them to reallocate resources in the brain more efficiently,” Adamson said. “If we are able to train pilots to process instruments and other visual cues more efficiently, you could reduce the likelihood of accidents during landing.”