Get the app Get the app
AOPA Members DO more LEARN more SAVE more - Get MORE out of being a pilot - CLICK HERE
News & Media IFR Fix: 'The dark side of automation'

IFR Fix: 'The dark side of automation' 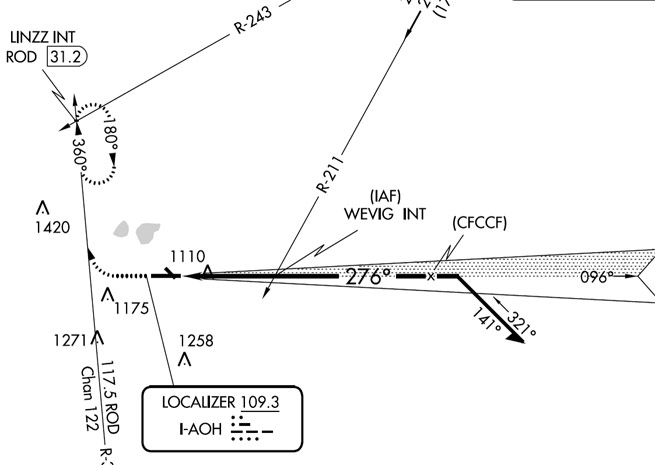 Inbound to WEVIG on the ILS RWY 28 approach to Ohio’s Lima Allen County Airport, you intently track the localizer, anticipating glideslope intercept and scanning your No. 2 nav for confirmation of the fix. You verify that the second nav radio is set up for that task, tuned to the Flag City VOR, omni-bearing selector set to the 211-degree radial.

Your right-seat taskmaster has announced that the approach will terminate in a published miss, to commence on command. That could mean missing at minimums—or even right from the flare, considering his penchant for imaginary fogbanks—so you are poised for a surging workload.

The first phase of the missed approach—a climb to 3,000 feet on a heading of 276— isn’t unreasonably demanding. But immediately after stabilizing that condition, you will tune and identify the Rosewood VOR, intercept its 360-degree radial, and fly it to LINZZ for holding. In your no-DME aircraft, peg LINZZ using a radial from Flag City; just remember to change the OBS setting over to the 243-degree radial. Good practice suggests doing this as soon as you pass WEVIG.

WEVIG is marked by a lightning bolt, the chart symbol used for a final approach fix on a vertically guided approach. You glance down at the chart for one last check and find a finger obscuring WEVIG. The finger points to another lightning bolt outside WEVIG on the approach course, marking a previously unnoticed fix identified with an "x" and the “[CFCCF]’.

It would stun him if you replied, "That’s the dark side of automation."

Instead you mumble something lame, and that’s the end of your nice ILS approach—demonstrating that the unknown item on the chart may actually be from the dark side of automation.

The unpronounceable object is a computer navigation fix (CNF). Now that you know that, ignore it.

CNFs support RNAV systems but “have no ATC function” explains Section 1-1-19 of the Aeronautical Information Manual.

A study group told the FAA that "CNFs reflect the dark side of automation," constituting "a distraction as published." Eliminating them from published charts would help "eradicate the information overload" cluttering the airspace, said a status report from the Aeronautical Charting Forum’s instrument procedures group. New AIM language further explaining CNFs was to be published soon, the report said.

Track the status of the issue here.

Dan Namowitz has been writing for AOPA in a variety of capacities since 1991. He has been a flight instructor since 1990 and is a 35-year AOPA member.
Go to Dan Namowitz's Profile
Topics: IFR, IFR, Training and Safety