Get the app Get the app
Already a member? Please login below for an enhanced experience. Not a member? Join today
News & Media Technique: Rust off

A comeback path for rusty pilots

What do you get when you combine a low-time pilot who can’t afford to fly all that often with complicated airspace that is new to him? 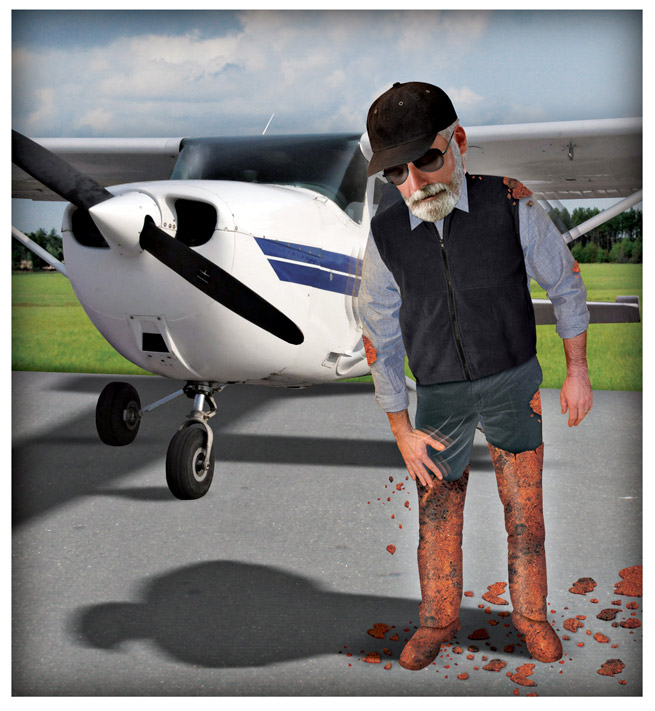 What do you get when you combine a low-time pilot who can’t afford to fly all that often with complicated airspace that is new to him, such as that surrounding Washington, D.C.? He’s called an inactive pilot; he is averaging four or five hours a year.

AOPA, it should be noted, has lots of resources to help, including a whole section on aopa.org called “Getting Back into Flying” under the Air Safety Institute tab. Also under the “Education” tab is a section on “Online Courses” that includes one targeted to airspace called Know Before You Go: Navigating Today’s Airspace. Having taken many of the courses, I can promise you they are interactive and fun—the kind of training you have come to expect from AOPA.

Aviation Adventures, a flight school based at Manassas, Virginia, with locations in Leesburg and Warrenton, Virginia, has created two classroom courses: Rusty Pilot VFR, and Rusty Pilot IFR. Each covers a broad spectrum of pilot knowledge, including airspace, but I was more interested in the pilots who take the courses. Many of them separately schedule dual instruction afterward.

Based on their experience, it isn’t basic flying skills that erode. Sure, crosswind landings are trickier if you haven’t done them in awhile, and you may come in too high or too low, but basic skills such as landing remain. Motivation for a successful landing is, of course, high. Some who have opted for dual training afterward had difficulty holding an exact airspeed, but usually overcame the rust in three flights.

It’s knowledge of regulations that goes first, it seems. Aviation Adventures begins with a discussion of the dilemma facing the pilots—currency—and moves on to weather basics. Airspace is a key issue, and with that comes radio skills: what
to say to whom, and how to say it. The Air Safety Institute has a course for radio skills called Say It Right: Mastering Radio Communications.

What about the IFR pilot? I assumed that rusty instrument pilots forget how to navigate the software in their GPS receiver or in their glass cockpit. I was wrong. Rusty pilots have more trouble with reading approach charts than with basic instrument flying. Buttonology skills are quickly regained.

The first instrument skill to go, based on Aviation Adventures instructors’ experience, is task saturation. That usually occurs when the pilot is hand flying an instrument approach, setting up radios, and loading—then activating—the procedure in aircraft with that requirement. It’s popular for individuals to claim they have multitasking skills, while psychologists counter that until there is an evolution in human DNA, the human brain does not multitask well. Hence the car accidents while texting. As was the case with VFR pilots, IFR pilots find that after three flights they are back in the game.

Tasks you once did with aplomb may seem like an impenetrable wall as the rust builds, but instructors at Aviation Adventures have found it is a wall easily breached.

AOPA has developed a “Rusty Pilot” course inspired by the course given at Aviation Adventures in Virginia. At this writing the course was in beta testing at four locations throughout the United States. AOPA discovered there are 500,000 lapsed pilots in the United States, and hopes to get many of them active once again. The course includes changes in aviation regulations and a brief ground school that qualifies as the ground portion for the FAA-required flight review.