Get the app Get the app
AOPA Members DO more LEARN more SAVE more - Get MORE out of being a pilot - CLICK HERE
News & Media Proficiency: Rotorcraft rookie

“To fly is heavenly,” the expression goes. “To hover is divine.” 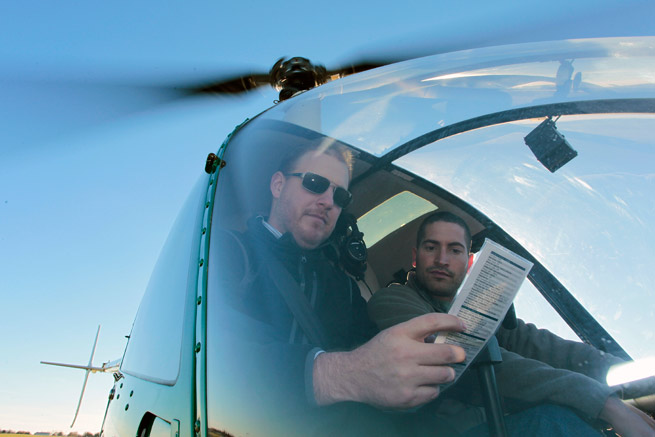 “To fly is heavenly,” the expression goes. “To hover is divine.” To a fixed-wing pilot this saying doesn’t mean much. It’s a cooked-up idea some strange helicopter pilot created. But to those who have flown a helicopter, sitting nearly motionless a few feet off the ground, the saying is a window into one of aviation’s most misunderstood and underappreciated activities.

Learning to fly a helicopter is one of the biggest challenges a fixed-wing pilot can undertake. An instrument rating, commercial certificate, and even float and tailwheel flying are all just advanced degrees in the same major. Transitioning to helicopters is like dropping engineering and taking up theater. It’s all still in the college of the larger aviation community, but pretty much everything else is different.

Most of the training for a transitioning pilot focuses on the skills and core helicopter knowledge—areas such as airspace and communications aren’t taught or tested. Otherwise, the course is pretty much the same for a pilot starting from zero or 20,000 hours. Exactly how many hours it will take depends a bit on the student and a bit on the type of helicopter being used. The regulations require only three hours of night flight training, three hours of cross-country, three hours in preparation for the practical test, and 10 hours of solo flight in a helicopter. That’s not to say it can be done in 19 hours. Most instructors agree that 40 hours is a more normal total, which is good news because 20 hours of dual is required before you can solo the Robinson R22—the most ubiquitous training helicopter.

The R22 is to helicopters what the Cessna 172 is to airplanes. Although other manufacturers do build training helicopters, none comes close to Robinson’s output and market penetration. So while you could end up flying a Sikorsky S–300 or a Bell 47, odds are you’ll end up in a Robbie. 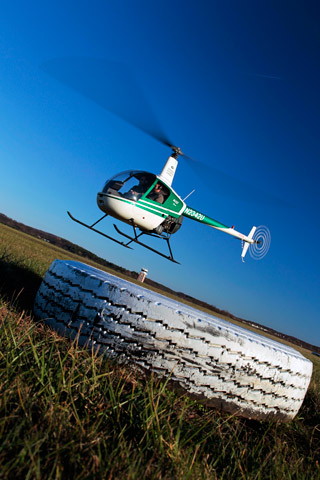 Although you’ll practice a number of different maneuvers in the training helicopter, there are basically two that get most of the focus—hovering and autorotations. Both are incredibly fun and incredibly challenging. Hovering is probably the more difficult of the duo, which makes it the most difficult part of training. And to some, that makes it the most difficult thing to do in any machine that takes to the skies. That’s clearly subjective, but any objective assessment of hovering would agree that it’s quite difficult. This can be blamed on two factors. Hovering requires constant small control inputs, with each one having an impact on the others. A simple dip in altitude requires more lift (collective), which requires more power (throttle), which will increase torque and require more anti-torque pedal input. Lather, rinse, repeat.

The second factor is that other than this theoretical explanation, helicopter instructors generally are powerless to teach hovering. It’s not that the entire helicopter community is rife with lousy teachers. It’s just that for whatever reason, everyone seems to agree that you just have to hone the skill. Day after frustrating day the hover will probably get only slightly better until suddenly, one day—divinity. One day you will be able to hover and you will have no idea why or how. You just will, and it will feel like nailing an ILS, making a perfect wheel landing, and being cleared direct from New York to Los Angeles all in one magnificent moment. 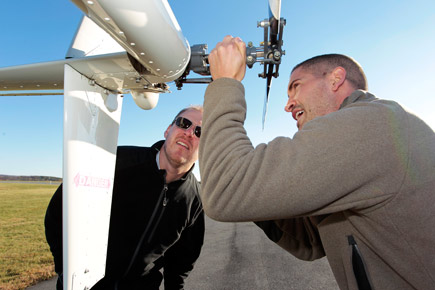 When you master hovering it’s on to autorotations, helicopter-speak for engine-failure practice. These are not unlike their fixed-wing equivalent, except that they happen much faster.

The pinnacle of training for most helicopter students could be the first time they get to practice confined-area operations, a fancy way to say landing off-airport. It’s when you make an approach to a deserted parking lot, a field, or your back yard that you finally get the satisfaction of flying an incredible machine that can more or less take off and land vertically.

Of course, all this will cost you. Rates are consistently around $250 an hour for the helicopter, making 40 hours cost somewhere in the neighborhood of $10,000. As an add-on, that’s quite expensive. And unlike a tailwheel sign-off, where there are obvious benefits to your fixed-wing flying, the utility of a private helicopter certificate is questionable (unless you have the means to buy one). But overanalyzing these factors misses the point. Learning a new skill, being challenged in new ways, and having knowledge of a completely different type of flying is as life-altering as soloing an airplane for the first time. And being able to rekindle that feeling is priceless.