Deliveries to owners of the single-engine turboprop aircraft who ordered the prop will begin "shortly," the company said. The STC paves the way for owners to retrofit their aircraft with the advanced propeller that delivers performance gains—faster takeoff acceleration, faster cruise speeds, better climb, and less noise—with a thinner but stronger, wide-chord airfoil.

Hartzell obtained FAA and European certification for the prop last year, announcing that the swept propeller brings TBM 700 performance up to TBM 850 levels. It also creates what Brown described as a "stunning" presence on airport ramps.

With the new prop installed, a TBM's takeoff acceleration from zero to 90 knots "is 10 percent faster than with any other available propeller." It increases rate of climb "a couple hundred-feet-per-minute" and beats cruise speeds by two knots over Hartzell’s four-blade metal prop, and five knots over a five-blade wood-based propeller, Hartzell said.

"The new Hartzell five-blade prop is also significantly quieter in the cabin and in the pattern," said Brown. In October he appeared on AOPA Live This Week to discuss the new product during the National Business Aviation Association Convention and Exhibition in Las Vegas, Nev.

The prop comes with a warranty that covers the propeller for three years or 1,000 hours, and has a 3,600-hour/six-year time between overhauls (TBO).

There are approximately 662 aircraft in the current TBM 700 and TBM 850 fleet. 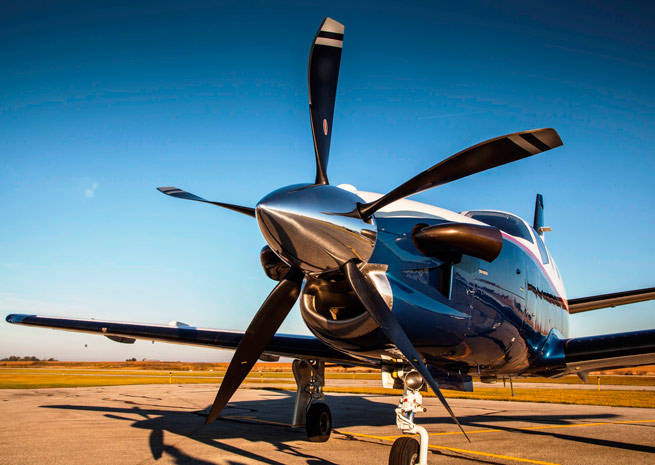 Dan Namowitz has been writing for AOPA in a variety of capacities since 1991. He has been a flight instructor since 1990 and is a 35-year AOPA member.
Go to Dan Namowitz's Profile
Topics: Supplemental Type Certificate, Turbine Aircraft, FAA Information and Services