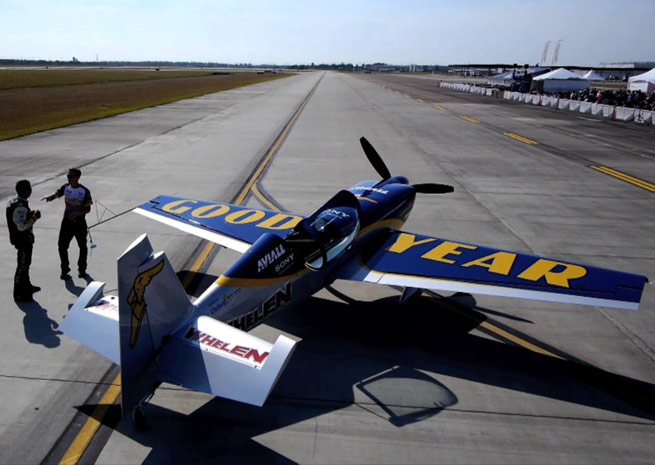 There’s a lot more to putting on an airshow than a pilot, an aerobatic airplane, and a dazzling series of maneuvers practiced to perfection before being performed to the delight of a throng of spectators below.

What else does it take? Check out Episode 2 of LiveAirShowTV’s new series Inside Airshows as it takes a special look inside Goulian Aerosports to learn how it all came together for pilot Michael Goulian and his team during the 2013 Wings Over Houston Airshow. In the new episode, the business of hospitality is in focus, showing how the entire team works to educate and entertain current and future customers.

Each Tuesday for three weeks, a new episode will take fans along to experience the airshow weekend from the team’s vantage point. The following episode takes you up in the air with Michael (and helps you dive into what makes his performance so special).

You can follow LiveAirShowTV on Facebook and Twitter to get the latest news about airshows and aviation from all over the world.  LiveAirShowTV is already working on the 2014 season and will announce its shows as soon as they are locked in. Check the LiveAirShowTV website or follow them through social media.