Get the app Get the app
Already a member? Please login below for an enhanced experience. Not a member? Join today
News & Media Product promises help with landings 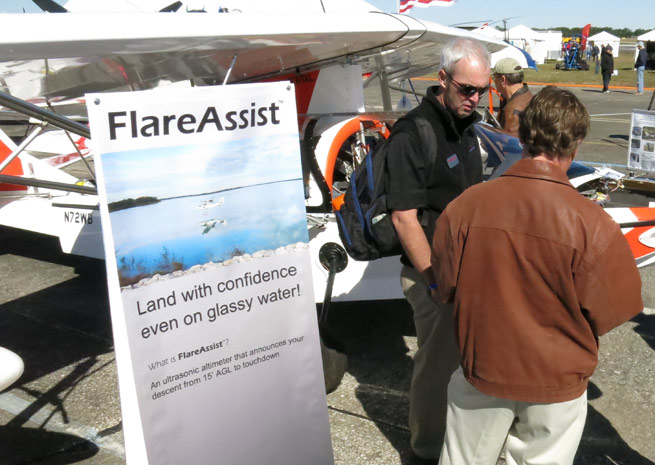 Having trouble with landing? A device now in testing that may reach the market, assuming the tests go well, was designed for seaplanes landing on glassy water, making it impossible for pilots to know how far they are above the surface. If all goes well the product could be introduced at Sun `n Fun in Lakeland, Fla., this spring.

Called FlareAssist, the system is forecast to cost $2,500 in preliminary marketing planning. If you have ever driven one of the newer model cars with backup assistance, you'll feel right at home with this invention from Alaskan inventor John Pursey.

As your new car backs up, beeping begins to tell you just how close to that other car, or tree, you are. As your aircraft approaches the landing surface, the system called FlareAssist does almost the same thing but uses distance calls rather than beeps. Pursey invented it for his SeaRey airplane, but it would work on other models as well.

Ultrasonic measurements are converted to distance calls to the pilot. It counts down in the pilot's headset from 15 feet to one foot. It was primarily intended for the inventor's SeaRey. Depending on the results of further product testing, the first dealer will be the well-respected Jim Ratte of Florida who specializes in SeaReys and owns a company called Recreational Mobility in Malabar, Fla.