Get the app Get the app
News & Media Tailwheel tango: 'Dance on the rudders'

Tailwheel tango: 'Dance on the rudders' 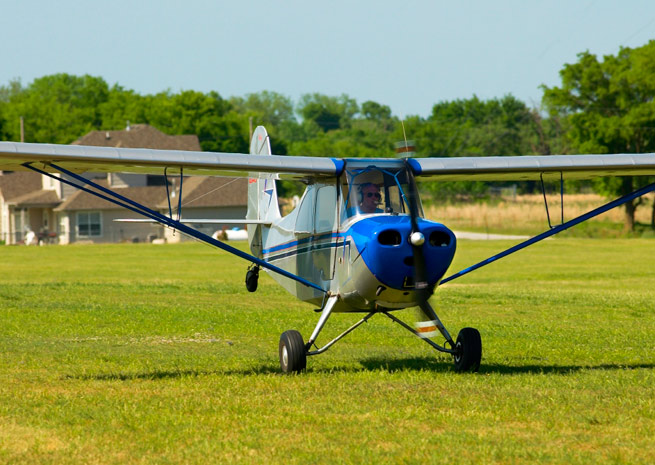 Tailwheel aircraft aren’t as forgiving of bad technique as nosewheel airplanes, causing trouble during transition training for pilots with sloppy footwork. Instructors who specialize in tailwheel transition training tell of the stick-and-rudder weaknesses they see in pilots—and offer advice that can help.

Poor rudder work is the biggest problem pilots must overcome during transition training, said Marianne Buckley, who owns Buckley Aviation and provides flight instruction, including tailwheel transitions and aerobatics in a Citabria, at Potomac Airfield near Washington, D.C.

“People tend to be reactive,” Buckley said. “They wait until something happens before they do anything. The feet are very lazy and stiff. What I tell my students is to just dance on the rudders.”

Ron Rapp, a Gulfstream pilot and aerobatic and tailwheel instructor with 5g Aviation at John Wayne Airport-Orange County in Santa Ana, Calif., agrees that improper rudder use and failing to stay ahead of the aircraft are common problems that lead to lack of directional control.

Pilots have “trouble keeping the plane traveling in the same direction it’s pointed” during landings, Rapp said, which indicates an awareness problem.

In tricycle gear aircraft, the airplane’s center of gravity is located in front of the main landing gear, making the aircraft want to straighten out on its own if its longitudinal axis is slightly misaligned from the direction of travel during touchdown. That’s not the case with a tailwheel aircraft in which the center of gravity is located behind the main gear. Failing to touch down with the airplane’s longitudinal axis aligned with its direction of travel can cause ground loops.

Improper alignment also can cause a pilot to think incorrectly that he or she is experiencing a crosswind. “Many tailwheel students either don’t see drift or don’t understand why it’s happening,” Rapp said. They may notice the aircraft drifting to one side of the runway, and apply crosswind correction inputs, but “in reality, it’s because the nose of the airplane isn’t straight,” Rapp said. One thing that compounds the lack of awareness is control confusion. Rapp said he sees this when he simulates a wind gust during the student’s flare. “Often, I’ll stab at the rudder, the nose will yaw, and I’ll see them lower a wing in response.”

When the nose yaws, correct with rudder; when a wind gust lifts a wing, correct with aileron. Bottom line, keep the airplane “pointed in the same direction it’s traveling,” he said.

Cross controlling is another problem Buckley said she sees “more and more.” “They tend to put a lot of left rudder and right aileron,” she explained, adding that in the air, a tailwheel airplane like the Citabria she teaches in flies like any nosewheel airplane. Those who fly with proper coordination in the air in their tricycle gear aircraft should also fly coordinated in a taildragger.

Another common problem that Rapp notices in transition students is that they are often reluctant to use full-scale rudder deflection, he said. “Another big misconception about tailwheels is that if you use too much rudder, you’ll groundloop the plane. False. The problem isn’t too much rudder, it’s using the rudder for too long.

“If full rudder is required, I have no problem using it, but you’d never see me hold it in there. It’d be a quick jab to stop a swerve and then dancing all over the pedals as necessary to get it heading back toward the centerline.”

Whether you fly tricycle gear or tailwheel aircraft, give these pieces of advice a try and improve your technique. Put on some dancing shoes. 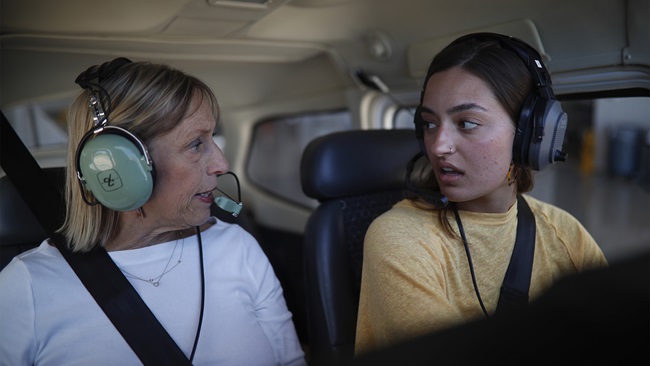