Get the app Get the app
AOPA will be closing at 2 pm ET on Friday, July 1, in observance of the Independence Day holiday. We will reopen at 8:30 am ET on Tuesday, July 5.
News & Media Training Tip: The official word 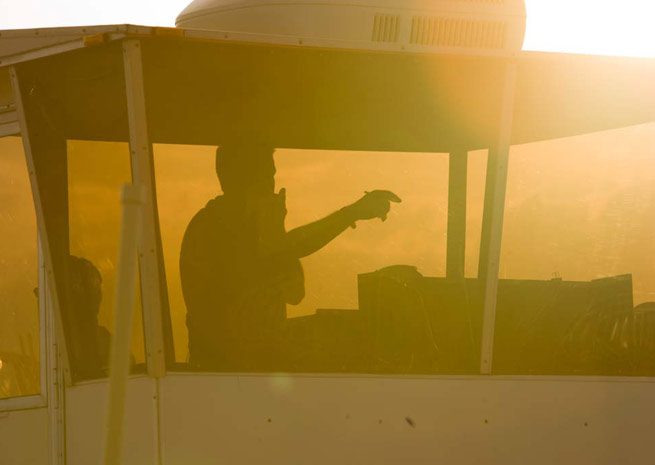 In your first circuit of the towered airport's traffic pattern, you were cleared to make left closed traffic, and the controller instructed you to “start your crosswind turn when able.” As you were climbing again following your touch and go, you heard the controller clear the aircraft holding short of the runway for “an immediate takeoff,” and to “fly runway heading.”

That series of instructions issued to you and the departing aircraft was not composed of random words or phrases. Depending on the traffic situation being managed, and any potential conflict that could arise, the instructions air traffic control issues to pilots convey very specific expectations—and pilots are expected to know what they are.

How does a pilot know what’s expected? For starters, the Aeronautical Information Manual (AIM) sets forth radio communications phraseology and techniques, and also defines pilot and controller roles and responsibilities. But to glean the intent of specific words or instructions, consult the Pilot Controller Glossary. It is found near the end of the AIM.

Suppose during your session working the pattern you hear the pilot of an arriving aircraft inform ATC of a "minimum fuel" condition. How does that pilot expect the controller to respond? Is the pilot declaring an emergency?

The Pilot/Controller Glossary clarifies the difference between the two terms you heard as you made your crosswind turns after your first and second takeoffs.  The instruction to turn crosswind  "when able" gave you latitude "to delay compliance until a condition or event"—such as reaching a reasonable altitude—has been resolved.

The definitions and examples provided in the Pilot/Controller Glossary are often cited as references in discussions of procedures and interpretations of rules. Test your knowledge of  terms and phrases with this Air Safety Institute safety quiz.

Dan Namowitz has been writing for AOPA in a variety of capacities since 1991. He has been a flight instructor since 1990 and is a 35-year AOPA member.
Go to Dan Namowitz's Profile
Topics: ATC, FAA Information and Services, Training and Safety