Get the app Get the app
Already a member? Please login below for an enhanced experience. Not a member? Join today
News & Media Garmin G3X Touch takes on the Mountain West

AOPA offers an early look at the new avionics suite

This is all Apple’s fault. 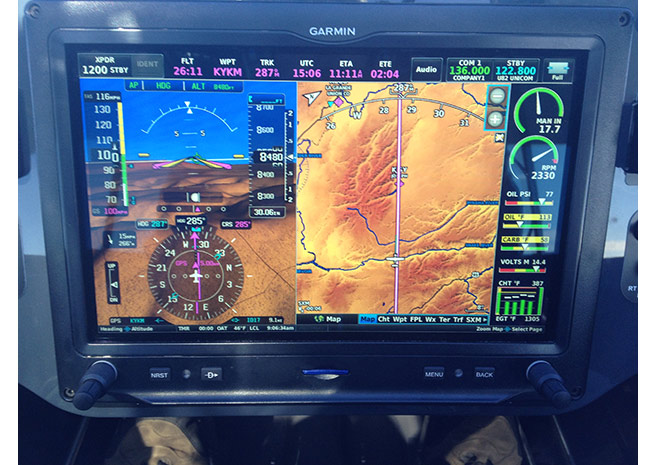 The company’s iPad has conditioned all of us to paw computer screens. Whether it’s a 4-year-old learning to spell with a reading app, or a pilot modifying a flight plan, these days we all have the same reflex.

Garmin knows resistance to this now deeply ingrained reaction is futile, and the company incorporated a touchscreen into its new, non-TSO, G3X Touch in early 2014. I had the opportunity to fly a Touch-equipped Carbon Cub during a recent trip to the Idaho wilderness, and the powerful new avionics system in the mountain surroundings made quite an impression.

The Touch’s 10.6-inch screen dominates the narrow Carbon Cub panel. And while it may be technology overkill to place such sophisticated avionics in a light sport aircraft, customers are clearly enthralled with it. The first 18 Carbon Cubs sold after CubCrafters became a launch customer for the Touch. All contain the new glass panel.

Personally, I was half reluctant to put my mitts on the screen at all. The high-resolution picture just seems too nice to smudge. But I got over it.

As soon as the unit powers up, you must touch the screen to accept the data. Picking a destination requires touching it again and selecting an identifier using the on-screen, qwerty keypad. Want to change the barometric pressure setting? Touch that baro box on the screen. Same for radio frequencies, altitude preselect on the autopilot (yes, this Carbon Cub has an integrated, digital autopilot), and flight plan.

During my initial checkout in the Carbon Cub at CubCrafters’ Yakima, Washington, facility with general manager Randy Lervold, I set the Touch to full-screen landscape mode so that GPS-derived synthetic vision dominated view. Small insets showed a moving map and flight plan waypoints. Going cross-country, however, as our group of three airplanes approached the mountains of central Idaho, the surrounding peaks became my focus so I brought up the Terrain page on the right side of the split screen.

The Terrain page gives pilots the seemingly magical superpower of knowing what’s around the next bend, or over the next canyon wall. Also when climbing toward a ridgeline, the profile view shows your obstacles and projected climb angle to let you know many miles in advance both how high you’ll need to get, and whether your climb rate is sufficient to provide a safe margin. If not, you know while you still have options.

If you’re curious about any particular geographic feature, simply touch it on the moving map and details such as its height, distance, and lat-longs pop up.

Nexrad weather images (via an XM Satellite Weather subscription) overlay both the Map and Weather pages and can be tremendously helpful in avoiding adverse conditions. When coupled with an ADS-B receiver, the Touch can show TIS-B traffic and subscription-free FIS-B weather.

The Touch has a built-in angle-of-attack indicator, but it’s placement on the screen makes it less helpful than a dedicated AOA display residing atop the glareshield in the pilot’s primary field of view.

I wondered whether turbulence would render a large touch screen impossible to use, but surprisingly, it’s not so bad. The worst conditions I encountered were continuous light with occasional moderate chop, and the Touch was still plenty usable. I’d simply anchor my hand on the panel beside it, and then peck away.

The Touch has two concentric knobs, and I relied on them a great deal, mostly to shift between the “chapters” such as Waypoint, Weather, and Terrain, and to range in and out on the Terrain page (although pinching and zooming works here, too).

The airplane I flew has a standard, panel-mounted com radio, and changing frequencies was easier and more natural on the radio knobs than the Touch. The same was true for autopilot controls. They’re easier, quicker, and somehow more pleasing to use on the dedicated GMC 305 control head than the Touch screen. In the bumps, the autopilot control head allows the pilot to roll in climbs and descents with a thumb wheel, and that’s a real advantage.

On the Map page, I found the Garmin-developed moving map much easier to read than the VFR sectionals—but they aren’t perfect. First, Garmin’s “smart airspace” feature (which hides airspace boundaries determined not to be relevant) nearly led to a couple of dumb moves on my part. In airplanes such as the Carbon Cub that can climb and descend rapidly, airspace such as Class B and C shelves can quickly become highly relevant. Fortunately, pilots can change to the map setup to get rid of “smart airspace” and show airspace boundaries all the time.

Also, wildlife sanctuaries where pilots should fly at least 2,000 feet agl don’t show up on the Garmin maps—and that’s a real shortcoming. I’d sure like to know about these sensitive areas so I can more easily avoid flying through them. 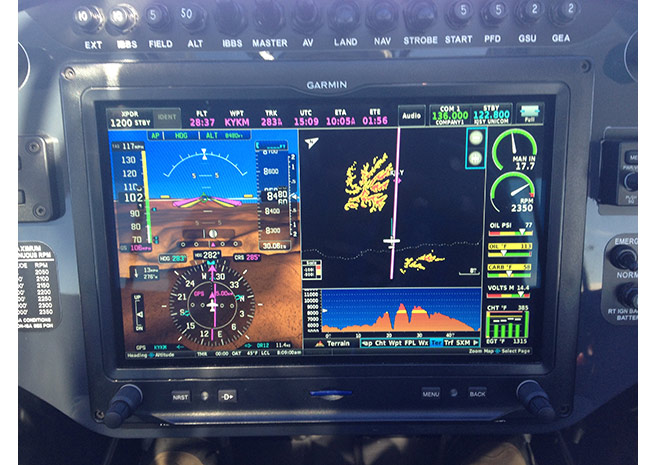 The G3X Touch is a powerful avionics system that acts like a two-screen PFD/MFD (and engine monitor), even though it’s physically one large box.

I found it easier to use than Garmin’s FAA-certified G500/GTN750 (and vastly simpler than a G1000), even though it’s a fraction of the price of those systems. (The G3X Touch retail price ranges from $5,500 to $10,000 depending on options.) Nowhere is the gulf in both costs and capabilities between FAA-certified and Experimental avionics broader than here. It’s a shame these non-TSO systems are blocked from certified aircraft, and hopefully the ongoing rewrite of Part 23 standards will allow for wider use of such cost-effective, safety enhancing avionics in the near future.

Like so many glass panels, I found the Touch screen so intoxicating that I had difficulty peeling my eyes away from it—even though the surrounding scenery was some of the most spectacular on the continent. The information presented on the screen answered virtually all of my mountain-flying questions: Which way is the wind blowing and at what strength? (Knowing these things makes it easy to anticipate the location of updrafts, downdrafts, and rotors.) What’s around the next bend? How high is the next ridgeline, and am I climbing fast enough to safely clear it? What’s the weather like at my destination? Is it improving or worsening?

The Touch is easy to customize to any pilot’s preferences. In the mountains, and especially when landing at uncharted strips, disabling nuisance terrain warnings is a priority, and that task is easily accomplished with three screen taps (Terrain, menu, disable alerts)—and I memorized those steps because they must be repeated on every flight.

The smudges on the screen I was concerned about do show up, but you only see them when the unit is off. The screen is so bright it simply overpowers them. Also, the system boots up rapidly on the ground, and the Carbon Cub connects the Touch to a backup battery that keeps it going in case of an aircraft electrical system failure.

The word “intuitive” is overused and abused when describing avionics. All this stuff is learned, and no one (other than perhaps a future software engineer) is born knowing how to make it work. But the Touch logic is consistent, and it’s satisfying to learn and employ in flight. I found myself thinking about the flying when operating my first Touch-equipped aircraft—not the mechanics of prying information from the avionics.

It’s hard to improve on the experience of flying a delightful backcountry airplane in the mountains—but the enhanced terrain, wind, and weather awareness the G3X Touch provides does exactly that. 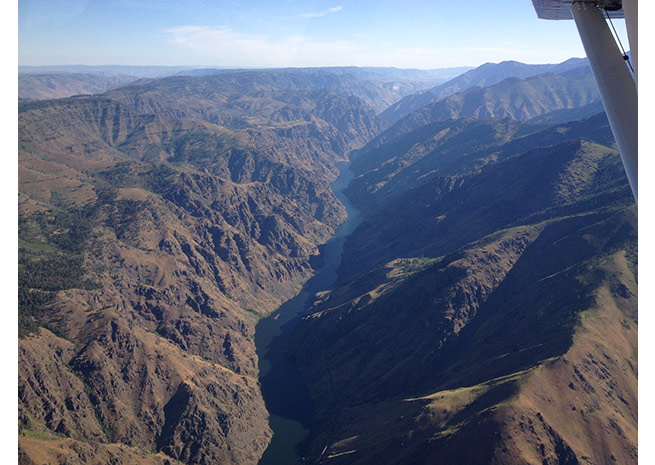