Get the app Get the app
Already a member? Please login below for an enhanced experience. Not a member? Join today
News & Media Propeller captured in action

German scientists have captured the first images of propeller blades deforming in flight, using a custom-made camera system able to withstand the extreme rotational forces and capture clear images. The images from a stereoscopic, high-speed camera system encased in a metal cylinder attached to the propeller hub could prove very useful to designers, engineers, and pilots. The digital images capture the dynamics of blade behavior in real time, and the system has promise to help design more efficient propellers, helicopter rotors, and wind turbine blades.

The team from the German Aerospace Center (Deutsches Zentrum für Luft- und Raumfahrt; DLR) led by Fritz Boden and Boleslaw Stasicki from the DLR Institute of Aerodynamics and Flow Technology mounted the camera system on an Evektor VUT 100 Cobra at Kunovice in the Czech Republic, aiming the lenses at propeller blades painted with a pattern of dots. 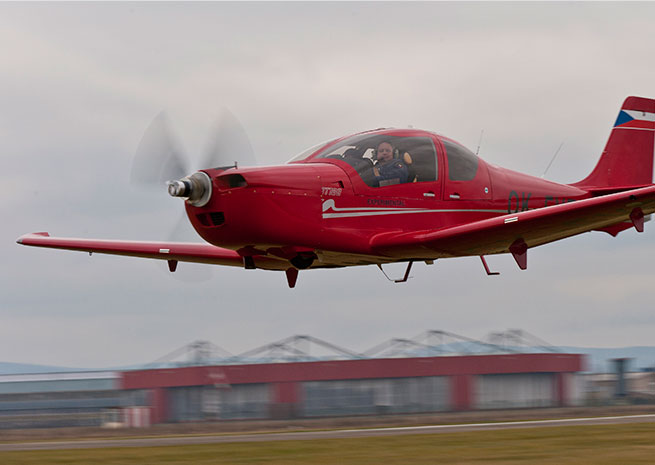 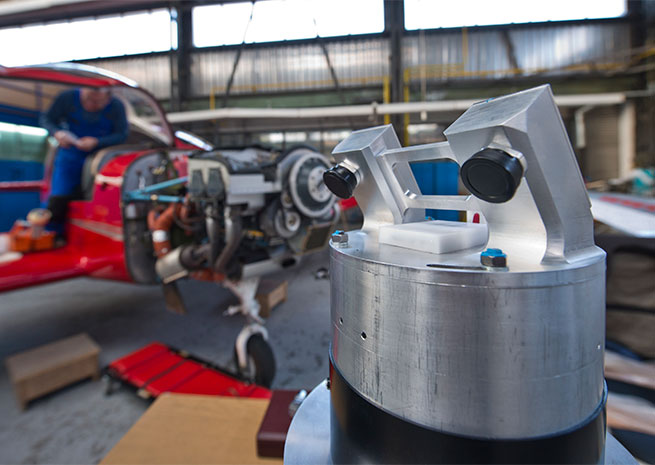 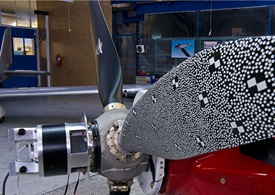 The high-speed camera system, rotating with the propeller, captured thousands of high-resolution images that clearly illustrate the behavior of the metal blades under flight conditions. The feat was not previously thought possible, given the rotational forces exceeding 20 times the force of gravity, in addition to vibration from the engine and aerodynamic forces.

Boden said in a DLR press release that the deformations produced by those extreme forces affect propeller performance, and understanding exactly what happens to a propeller in flight can help improve the design, potentially achieving both better aerodynamic performance and longer propeller life. It might also prove useful to pilots.

"Previously, pilots have set the rotation speed and angle of attack of the propeller by 'feel,’" Boden said. As the effects can now be measured, "a pilot will be able to know what setting will give the lowest fuel consumption or the highest speed without placing an unnecessarily high load on the propeller. This also increases flight safety."

Propeller behavior and forces had previously been measured with sensors attached directly to the blades, though this approach has several limitations: the sensors affect airflow, and measure only at individual points. The DLR experiment ultimately produced a three-dimensional computer image of the propeller blades’ behavior. The camera and associated computer system, safely housed inside a metal cylinder mounted to the hub, could be controlled wirelessly from inside the aircraft, allowing the team to capture images in specific flight profiles.

“Use of a rotating camera is a new technology that has now matured,” Stasicki said. “It can be used to precisely measure the position and deformation of fast-rotating objects throughout an entire revolution and without actually having to contact the object in question.”