Get the app Get the app
Already a member? Please login below for an enhanced experience. Not a member? Join today
News & Media Initial tests completed on 'personal jet' kitplane

Experimental kit aircraft maker Sonex announced completing "a very successful series of initial flight tests" of the SubSonex JSX-2, a personal jet that the Oshkosh, Wisconsin-based company plans to offer to the public for deliveries in 2015.

After the tests, additional flights were conducted on July 11 at Oshkosh’s Wittman Regional Airport to prepare for demonstration fly-bys during EAA AirVenture, which starts July 28.

"The Wittman control tower staff was very helpful and accommodating to the special requirements of these flights," said Sonex Aircraft CEO Jeremy Monnett.

Videos recorded the action as Carlton—an airshow performer known for aerobatic routines flown in a jet-powered motorglider—put the SubSonex through its paces that began with taxiing and engine runs, and continued with landing gear retraction, flight at higher speeds, and even a few barrel rolls. The aircraft is powered by an approximately 250-pound thrust, Czech-built PBS TJ-100-engine.

Describing testing of maximum continuous power to investigate cruise performance at 3,000 feet, "the air is perfectly calm and she flies like she’s on rails," he added.

Stalls were "well-mannered" and presented "plenty of warning—in fact, the stall took considerable work to induce."

After performance data are analyzed and published, depositors who put up $10,000 for an early place in line will be offered the opportunity to give firm orders for 2014 kit production, the company said. (A guaranteed introductory price of $125,000 was extended to the first 10 depositors.)

Once the early movers have weighed in, the general public will be able to place orders for deliveries in 2015. The SubSonex will be sold as a quick-build kit that includes "almost everything required to fly with the exception of avionics and paint," the announcement said.

Sonex works toward the goal of "low-cost sport flying" through its lines of sport airplanes, motorgliders, and the AeroConversions line of ancillary aviation products. 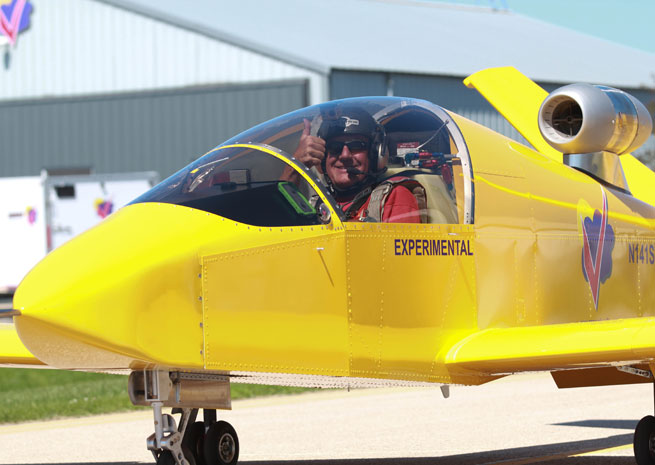