Get the app Get the app
Already a member? Please login below for an enhanced experience. Not a member? Join today
News & Media IFR Fix: Where there's smoke

The MD-82 was in clouds at Flight Level 280. The crew had just turned on heat to its engines, when "the flight attendants chimed and reported 'an odor' in the cabin." Soon the odor was in the cockpit. The captain declared an emergency, and diverted. No problem was found.

A Cessna Caravan was flying IFR at 9,000 feet when the pilot smelled smoke. Distracted but skeptical (he was overflying an area recently burned by wildfire), the pilot failed to notice that his No. 1 radio had failed until a call came in on No. 2 from his company, advising that Minneapolis Center was trying to get in touch.

By then the Cessna had entered a restricted area.

Any airline passenger who has sat for hours in a packed terminal waiting for wildfire-related delays and diversions to sort themselves out knows the havoc fires can wreak on the system. To pilots, the notion of fire can prove deceiving as well as hazardous, in stealthy ways.

For general aviation pilots, flight planning gets complicated when temporary flight restrictions (TFRs) with varying dimensions and ceilings take effect on short notice, as the above TFR map of the Washington-Oregon area from July 22 shows. Airports staging firefighting efforts may be declared temporarily off limits to nonemergency aircraft.

Spot quiz: What is the METAR/TAF code for smoke? "FU"is one of the less-frequently-used two-letter codes for weather phenomena. But like another seldom-seen symbol, VA (volcanic ash), its appearance hints strongly at the need to delve more deeply into the big picture before flying.

The MD-82 pilot, finding no plausible explanation for the cabin commotion at 28,000 feet, put wildfires at the top of the list of suspicions—and the pilot reported having learned an immediately usable lesson.

"It is very possible we flew through a smoke cloud that was from the massive forest fires in the region," the pilot reported. "If I had been aware of the possibility of that smell entering the aircraft, I could have done something to prevent an unnecessary divert.

"On the return trip, I made a PA that alerted the passengers and flight attendants that we may get an odor inside the airplane. While flying over the forest fire area, it is very possible to get that smell in the cabin. Armed with this knowledge, I believe there would be far less fear and panic," the pilot wrote. 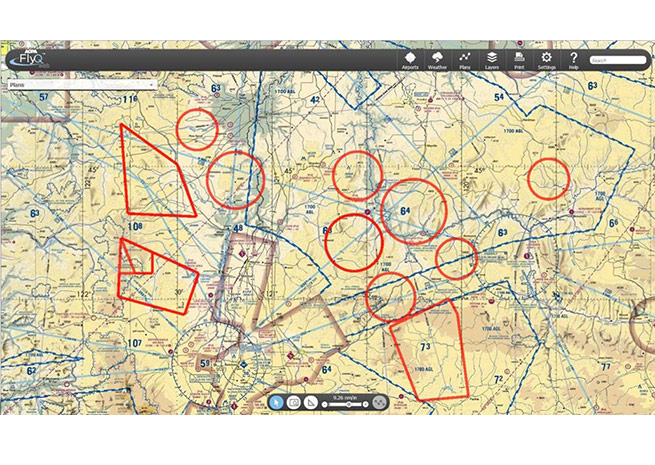