Get the app Get the app
Already a member? Please login below for an enhanced experience. Not a member? Join today
News & Media Dynon adds video to glass cockpit

Dynon released its news in advance of the opening of EAA AirVenture in Oshkosh, Wisconsin, to avoid its news getting lost in the flood of press releases expected that week. Dynon focuses on the light sport aircraft and experimental market.

Video input from cameras mounted on aircraft and shown on cockpit displays appeal to several markets. Tailwheel aircraft with their nose high in the air during taxi on the ground need to see what is ahead of them, and it is more difficult for some models than others. Most taxi in an S pattern along the taxiway, leaning left and right to look out of the forward windscreen. With a camera under the nose, the visibility problem is eliminated. Those towing gliders often like to know what is going on behind them when in tow, and a rearward facing camera displayed on a glass cockpit screen provides the information they need. Law enforcement officials using infrared to spot suspects and lost individuals using their heat signature can mount an infrared camera and show the view on the second display in front of the copilot while the pilot flies the airplane. Visible light cameras are useful for tracking speeding cars. The video adapter is available for $195. 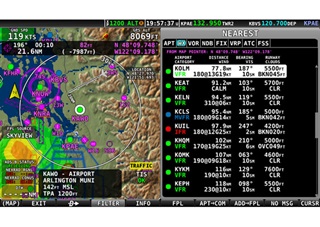 Wide-angle synthetic displays allow the pilot to improve position awareness by seeing more of the surrounding terrain. Weather displays have been simplified in the same software update containing the wide-angle synthetic display by color coding the weather, making it easier to tell the bad from the good. In some ways the new Dynon display mimics the graphics coming from the Lockheed Martin weather graphics that color an airport green for good weather, purple or blue for marginal weather, and red when the airport is clobbered by clouds, rain, snow, or storms. The new display offers weather at a glance in a graphic map display on the cockpit screen. Another new software trick now available synchronizes the altimeter in the aircraft to the nearest reporting station.

For customers in Europe needing the capability of broadcasting on 8.33 kHz, Dynon now offers a new radio for $2,195. 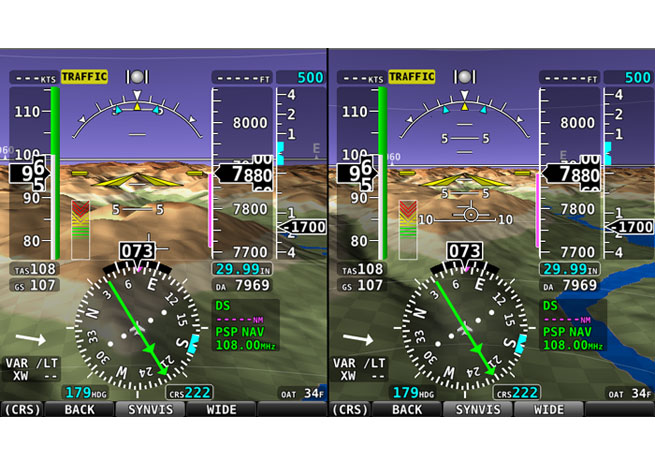