Get the app Get the app
AOPA Members DO more LEARN more SAVE more - Get MORE out of being a pilot - CLICK HERE
News & Media Airbus Group joins Perlan Project to soar to 90,000 feet

The Perlan Project announced Airbus Group as a partner in Perlan Mission II, an effort to soar to 90,000 feet and explore the edges of space. The aerodynamic conditions at that altitude are similar to that of Mars, Perlan Project CEO Ed Warnock said July 28.

With the Perlan team and members from Airbus Group gathered around a mock-up of the Perlan glider at Boeing Plaza, Warnock explained the group’s three-fold mission: to soar the edge of space (five miles higher than the record set by the Lockheed U-2), on stratospheric mountain waves; to explore how the polar vortex interacts with stratospheric mountain waves and affects global weather models; and to inspire younger generations to seek careers in adventure, meteorology, space exploration, and other fields.

By becoming a partner in the project, Airbus Group will provide funding to complete the construction of the glider and two years of flight in Argentina.

While the Perlan Mission II glider is based on large gliders currently being flown, it is optimized for high-altitude flight, with an 85-foot wingspan and a 36:1 glide ratio. Conventional gliders that have a better glide ratio at lower altitudes would have a ratio of about 15:1 at 90,000 feet, project manager Morgan Sandercock said. (See “Glider pilots aim to reach 90,000 feet on wind power.”)

The glider will be assembled by RDD Enterprises in Oregon, and the first flight should take place in July 2015. The glider will then be tested in June 2016 in the Sierra waves at altitudes ranging from 40,000 feet to 45,000 feet before attempting the flight to 90,000 feet in Argentina later that summer. The glider will be designed to maintain a cockpit pressure altitude of 15,000 feet at 90,000 feet. It will carry 100 cubic feet of makeup air, and the pilot’s breath will be recycled. The glider will not be heated, so the group is researching suits that will withstand the frigid temperatures in the stratosphere.

The project builds on work that Einar Enevoldson, founder and chairman of the board for Perlan Project, and the late Steve Fossett did in August 2006 by soaring to more than 50,000 feet in El Calafate, Argentina.

“Now is the time we can actually do it,” Enevoldson, said of the sailplane, technology to research the atmosphere, and funding to make it possible. “And we’re going to do it.” 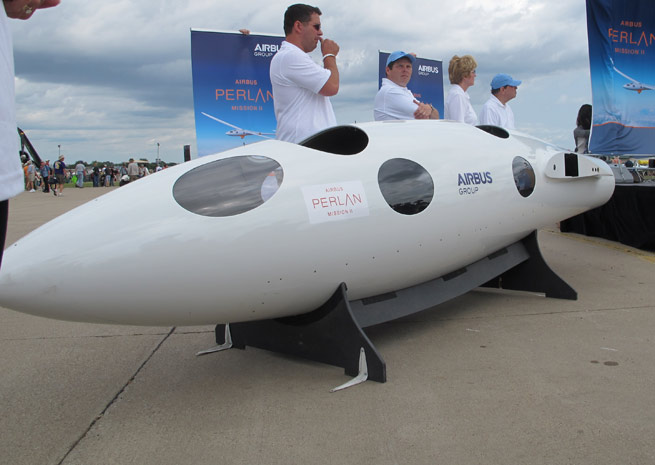