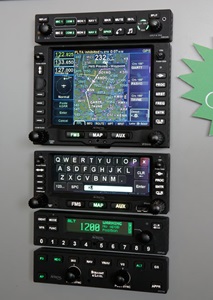 vidyne Avionics has received FAA certification for its long-awaited IFD540 nav/com and agency approval for its smaller 440 touchscreen unit is imminent, according to company founder Dan Schwinn.

The IFD540, which has the same dimensions and uses the same antennas as Garmin’s popular GNS530, is approved for installation in 1,025 aircraft models.

Schwinn said the Massachusetts firm has “lots” of orders for the IFD540 and will start delivering them to customers “pretty shortly” but declined to give specific numbers.

This is Avidyne’s twentieth year in business, and Schwinn said he expects the rapid pace of avionics advancement is likely to accelerate in the next 20 years.

“There’s more potential in the next 20 years than the last,” he said. “There’s tons of opportunity for us to do interesting things.”