FreeFlight Systems announced July 28 that it had received technical standard order approval from the FAA for its RANGR FDL-978-RX ADS-B receiver. The receiver can bring weather and traffic information into the cockpit when paired with 1090ES transponders or Universal Access Transceiver (UAT) Automatic Dependent Surveillance-Broadcast (ADS-B) Out transmitters; it also can come with an internal WAAS GPS.

The receiver will work with the Avidyne AXP340, Bendix/King KT 74, Trig TT22 and TT31, and by the end of the year, the Garmin GTX330ES, Pete Ring, FreeFlight Systems global aftermarket sales manager and chief pilot, said during a press conference. It also has Wi-Fi capability to interface with tablets. The unit receives graphical weather, and when paired with an ADS-B Out transmitter, traffic. 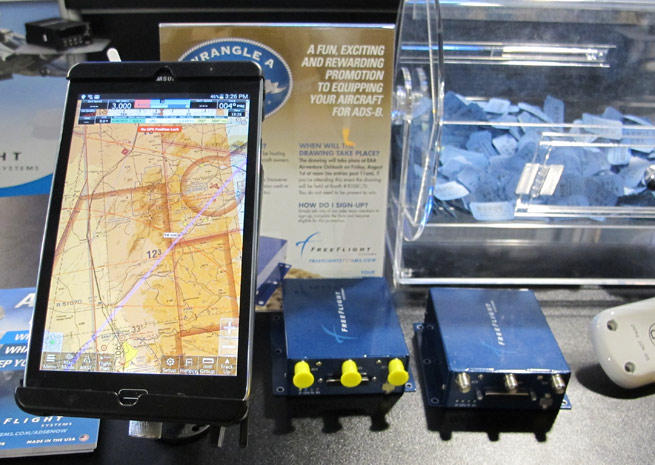 In other news, FreeFlight Systems announced that Daher-Socata would be offering the RA-4500 radar altimeter system as standard equipment on TBM 900s. It is also available for retrofit installations and has a base price of $8,995.

During EAA AirVenture, FreeFlight Systems is hosting a drawing for visitors to its booth in Hangar C or its website. The company will give away a RANGR FDL-978-XVR ADS-B Universal Access Transceiver, $3,000 installation credit, and an iPad mini to the first-place winner; an iPad mini to the second; and a Pebble Steel Watch to the third. Entries will be accepted until Friday, Aug. 1, at 11 a.m. Central Daylight Time.