Get the app Get the app
News & Media Beyond stall avoidance: Safe Flight AOA system

Useful in all phases of flight

afe Flight has developed an angle-of-attack system that does much more than help pilots fly precise approaches and avoid stalls.

The company’s SCx is a non-TSO system that also shows the best angles to fly for maximum rate and angle of climb, range, and endurance.

“Our AOA system improves efficiency in all phases of flight,” said Ken Bannon, a pilot for the company founded in 1946 and based in White Plains, New York. “It works the same throughout the full range of aircraft weight and automatically compensates for changes in density altitude.”

Unlike other angle-of-attack sensors that measure differential air pressure, the Safe Flight system gets its information electronically from a tab on the leading edge of the wing. As the angle of attack approaches the “critical angle” at which the wing stalls, the tab—or “lift transducer”—sends information electronically to a tiny computer with a light bar displayed in the pilot’s field of view.

Pilots can see at a glance whether an airplane is flying too fast, too slow, or just right for the desired phase of flight. 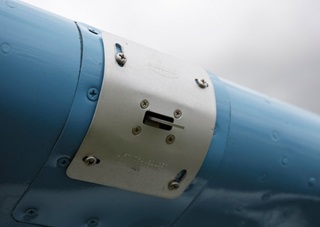 During a demonstration in Safe Flight’s Cessna 172, the SCx system gave precise indications for best rate of climb, maximum range, and normal and short-field approaches—as well impending stalls in both level and maneuvering flight.

The vertically oriented light bar is less intuitive than other angle-of-attack systems whose chevrons simply command nose-up or nose-down. But once a pilot becomes familiar with the Safe Flight symbols, the AOA system quickly becomes useful in all phases of flight—and not just approaches, or stall avoidance.

The Safe Flight SCx system is totally independent of the aircraft pitot/static system. It has a retail price of $1,495. 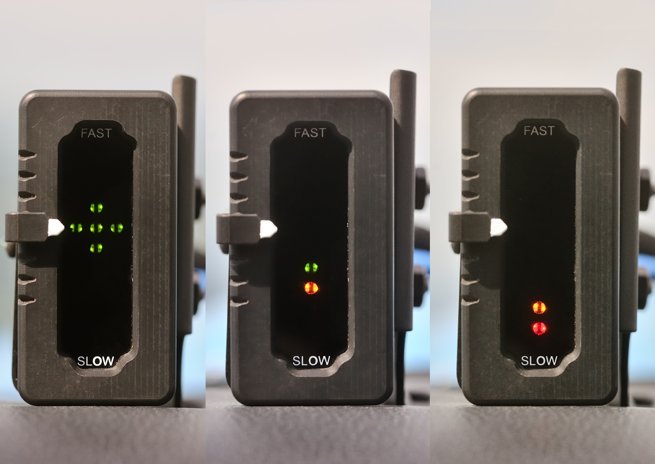