Get the app Get the app
Already a member? Please login below for an enhanced experience. Not a member? Join today
News & Media Spot simplifies with new Trace tracker 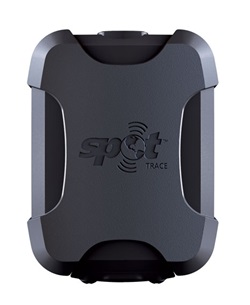 The cheapest aviation product on the massive field at EAA AirVenture? Spot’s Greg Wilkinson says it’s the new Spot Trace, which is being sold by numerous exhibitors around the airport for $100. The low price reflects the low-maintenance approach that the satellite-tracker company took with the new product. Rather than upping the feature set, as seems the norm these days with new products, Spot decided to simplify. The Trace is just a tracker; whereas other Spot products allow for tracking, inflight messaging, SOS messages, and even satphone calls.

Trace, smaller than a pack of cigarettes, can be positioned on the glareshield or anywhere with a view of the sky, where it can connect with the Globalstar constellation of low-earth-orbit satellites; Globalstar owns Spot. The pilot doesn’t even need to turn on the battery-powered device. When it senses motion it turns on and begins sending a position report to the satellites every five minutes—or, optionally, every 2.5 minutes. The reports can be sent to a Google map and/or to a phone or email address. Thirty minutes after motion stops, the system shuts down. Once a day, assuming the aircraft is outdoors, the system sends one check-in message to the owner that includes location and battery status.

A dock mode can be turned on to prevent false alarms if an aircraft is tied down outside in the wind or at a dock. Then, the system doesn’t turn on and begin pinging until it has moved one-quarter of a mile.

The four lithium-ion batteries are good for about 2,000 pings, according to Wilkinson. Owners can opt to power the device from an onboard power port, such as a cigarette lighter.

Spot offers a one-year $100 data plan that allows for unlimited use at the five-minute ping interval. A 2.5-minute ping subscription is available for $200.

In addition to tracking aircraft location for individuals and fleet owners, the device can be used as a theft-tracking device when located out of sight.

Editor in Chief
AOPA Editor in Chief Tom Haines joined AOPA in 1988. He owns and flies a Beechcraft A36 Bonanza. Since soloing at 16 and earning a private pilot certificate at 17, he has flown more than 100 models of general aviation airplanes.
Go to Thomas B Haines's Profile
Topics: Avionics, Technology, Aircraft Accessories