An iPad based HUD from MyGoFlight

MyGoFlight, a company known for making iPad accessories, is developing an iPad-based head-up display (HUD) that allows pilots to have access to navigation, terrain, and flight information while looking outside.

“The screen images need to be put in a place where pilots can use them,” said Charles Schneider, MyGoFlight founder and CEO. “That’s what a HUD does.”

Schneider said his company’s HUD will be available at the end of 2014 for less than $10,000. Current HUDs for airlines and high-end corporate jets typically sell for $100,000 or more.

MyGoFlight also has developed a protective, anti-glare iPad screen cover made from tempered glass for $50 and a series of flexible mounts for cockpit use for $70.

Schneider said iPad use among pilots continues to grow, and tablet computers are quickly becoming an essential link between pilots and their panel-mount avionics.

“The connected panel and greater integration is the future,” he said. “Pilots want to use the most convenient screen, and the iPad is the screen of choice for that reason.” 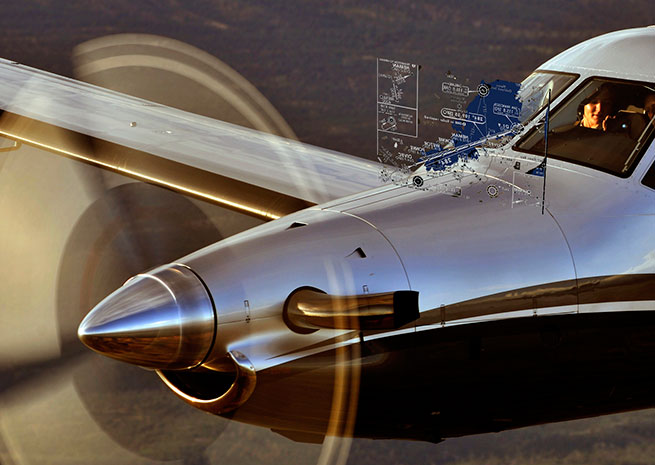