Get the app Get the app
Already a member? Please login below for an enhanced experience. Not a member? Join today
News & Media Continental 310-hp diesel makes first flight

Continental Motors Group has been hard at work expanding its diesel line of engines since acquiring the bankrupt Thielert Aircraft Engines (TAE) line of powerplants in 2013. At this year’s Aero Freidrichshafen show in April, Piper announced that Continental’s CD-100, 155-horsepower engine had earned a European Aviation Safety Agency (EASA) supplemental type certificate (STC) for installation on the Piper Archer. At EAA AirVenture the Chinese-owned company announced the first flight of yet another new diesel, and it’s a big one.

The new CD-300 is a three-liter, turbocharged, direct-injection, liquid-cooled V-6 with single-lever power controls and electronic engine management. The Jet-A-burning engine joins the company’s CD-100 and CD-200 line of engines that were originally developed by TAE. From now on, Continental won’t be using TAE’s “Centurion” brand name; they’re all rebranded as CDs (Continental Diesels).

The CD-300 made its first flight at Germany’s Altenburg airport in Saxony. "For us, the maiden flight of the CD-300 signifies a further milestone in the development of our Continental Diesel aircraft engine program. In conjunction with the CD-100 and CD-200 series engines, we now cater fully to all performance categories," explained Rhett Ross, President of Continental Motors, US. “Just like most Continental Diesels, the CD-300 is designed on the basis of tried-and-trusted technology. Owners and airframe manufacturers call for modern high-performance engines, while allowing for significant reduction in total ownership costs. Our goal is to listen and provide the technical solutions that answer their needs” continued Ross.

Prototypes of the CD-300 will be made available to manufacturers in 2016 for flight tests, and EASA certification of the new engine is also expected in 2016.

Here are some preliminary specifications for the CD-300: 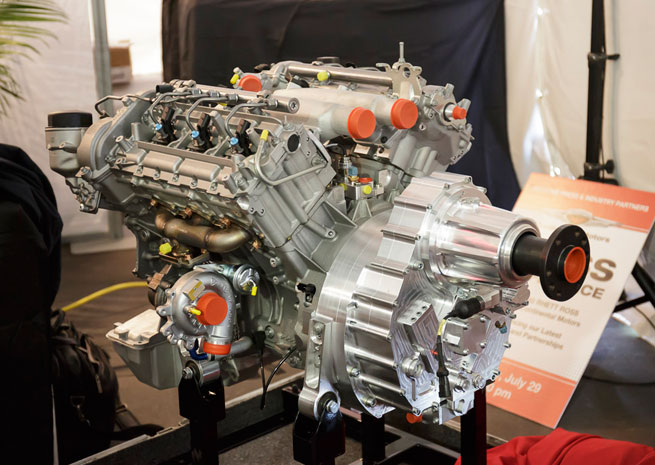 AOPA Pilot Editor at Large
AOPA Pilot Editor at Large Tom Horne has worked at AOPA since the early 1980s. He began flying in 1975 and has an airline transport pilot and flight instructor certificates. He’s flown everything from ultralights to Gulfstreams and ferried numerous piston airplanes across the Atlantic.
Go to Thomas A. Horne's Profile
Topics: EAA AirVenture, Events, Aircraft Systems