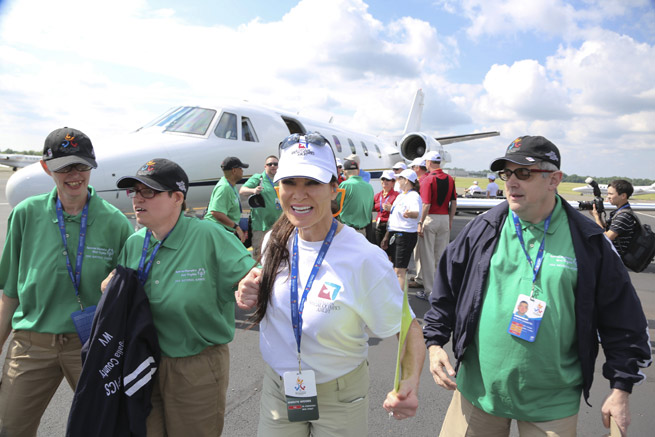 It’s 8:30 a.m. on a sunny Saturday and Trenton Mercer County Airport in New Jersey is very busy. In a large hangar at one end of the field, hundreds of people have gathered to welcome Special Olympics athletes. Since very early in the morning, Cessna Citation pilots from all over the East Coast have flown into general aviation airports large and small to pick up the athletes, many of whom have never flown in an airliner—let alone a business aircraft. More than 100 Cessna jets will deliver hundreds of athletes to the start of the USA Special Olympics games in the seventh Citation Special Olympics Airlift. Operators will donate their aircraft—from Mustangs to CJ3s to Citation Xs. They will donate their time—in flights as long as to three hours. And they will donate their fuel—not for one day, but for two, to the athletes’ home bases to Trenton and back home again. It has been called the largest peacetime airlift in the world.

Aircraft are given the call sign of DOVE; N4GA’s call sign was DOVE 21. At week’s end, the jubilant but weary athletes boarded N4GA with 10 medals among them. Chris Snodgrass medaled in two of his three events—a bronze in the 50 backstroke, a silver in the 50 freestroke, and he placed fourth in the 100-meter free.

Waiting at home at Yeager Airport were friends and family—and lots of “Welcome Home signs.”

Video Extra: Fly along with the athletes in this online video.

• Passengers onboard vary from three to seven athletes plus coaches and sponsors. First airlift to South Bend, Indiana, in 1987 transported 1,000 athletes on 165 aircraft.

Welcome to the games

Music is blasting, cheerleaders are cheering, volunteers are greeting, and parents are bursting with pride. If the arriving athletes were overwhelmed by their flights on the jets that had delivered them there, they didn’t have time to catch their breaths. Scores of volunteers, family, friends, and coaches greeted them with open arms.

It was a lot to take in for the six athletes and their coaches who flew in on N4GA, AOPA’s Citation CJ3, which had picked them up early that morning at Yeager Airport in Charleston, West Virginia. On the hour-long flight to Trenton, the athletes and their coaches took in their first trip in a jet. For Olympian Chris Snodgrass it was his first flight ever, and he loved it. He gave it a high-five and said he’s already looking forward to his return flight home after the games end. His sport is swimming.

Some 700 of the 3,500 U.S. athletes and their coaches and sponsors who participate in the national games were transported in the airlift. The athletes will compete in 16 individual and team sports—from swimming to bowling to baseball.

The aircraft traveled to 28 locations in 22 states to pick up the athletes and their coaches. Aircraft began arriving at 8:30 a.m. at Trenton; N4GA arrived at 9:45 a.m. Aircraft landed approximately every 90 seconds all day long. “This is an inspiring display of aircraft and the spirit of the general aviation community,” said Kriya Shortt, senior vice president of sales and marketing for Cessna parent company Textron Aviation.

The first Citation Special Olympics Airlift took place in 1987 and since then, more than 10,000 athletes have received flights. With the merger of Cessna and Beechcraft under Textron, this year marks the first time Beechcraft and Hawker aircraft participated. More than 250 Textron Aviation employees volunteer their time for the event. It takes two years of planning; the national games are held every four years. This is the third time the national games have been held in the United States. 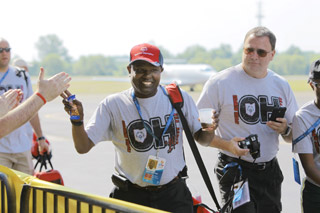 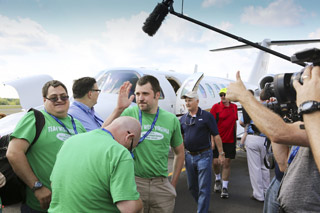 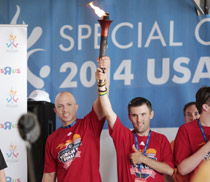