Get the app Get the app
AOPA will be closed July 4th, in observance of the Independence Day holiday. We will reopen at 8:30 am ET on Tuesday, July 5.
News & Media Technique: How low can you go?

Technique: How low can you go?

“Altitude is your friend.” That’s probably what all instructors drum into the heads of their students—especially those working toward the private pilot certificate. 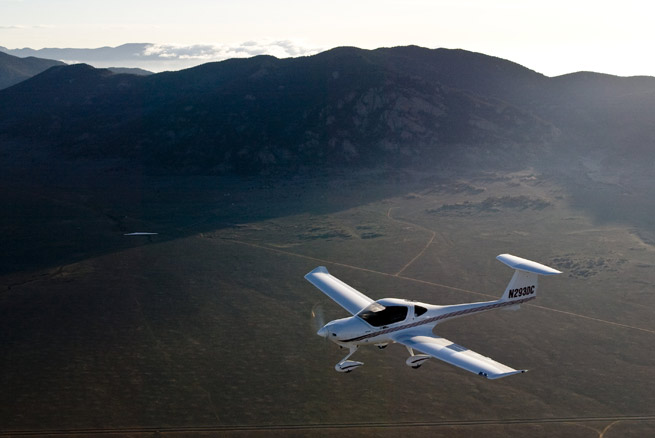 “Altitude is your friend.” That’s probably what all instructors drum into the heads of their students—especially those working toward the private pilot certificate. Typically, the context is that of an engine failure. Sure, more altitude gives you more time and distance to glide to safer landing sites should an engine quit. And this is sound, if overly generalized, advice. There are plenty of other reasons why altitude awareness is key to sound decision-making, and there are plenty of regulatory guidelines to help give you a more focused altitude mindset.

Most of the altitude-related rules amount to common sense. For example, there’s the rule that says you must always be at an altitude that allows for an emergency landing without causing “undue harm” to people or property below (FAR 91.119)—except when taking off or landing. The same rule says that in congested areas you must stay at least 1,000 feet above the highest obstacle within a 2,000-foot radius of your airplane’s position. In non-congested areas, you must stay 500 feet above the surface. Over open water and sparsely-populated areas, you can’t fly closer than 500 feet to any person, boat, vehicle, or structure. Sound fair?

VFR pilots, you have information on high terrain and obstacles on sectional, WAC, and terminal area charts. Maximum elevation number symbols—represented by two numerals, one upper case (for thousands of feet) and one lower case (for hundreds of feet)—are printed within each grid defined by a latitude and longitude line. The highest elevation anywhere on these charts, along with its latitude and longitude coordinates, is published on the color code elevation legend.

This information is great for knowing the highest terrain or obstructions, as are the colorized terrain elevations. It’s intuitive and extremely helpful in picking safe cruising altitudes. But it can be hard to pinpoint those max elevations to learn if they’ll be factors. Sure, they’re somewhere within the grid or on the chart, but you have to scout around for them.

These are found along the airways on IFR en route; terminal; and instrument arrival, approach, and departure charts. Next time you’re planning a cross-country flight—especially one that takes you over unfamiliar high terrain—it’s worth going the extra mile to check these valuable sources of information. As instrument pilots well know, you’ll find them on just about every route segment between navaids and other fixes.

MEAs keep you at least 1,000 feet above the highest obstacle along a four-nm-wide path on either side of an airway. They also are set high enough to permit communicating with ATC; in mountainous areas, MEAs provide 2,000 feet of separation from terra firma. MOCAs, posted along with MEAs, often are lower but provide similar protection from terrain and obstacles. However, you may be too low to receive accurate VOR transmissions (if beyond 22 nm from a station), or for ATC to see your transponder returns. MCAs tell you when to climb to higher altitudes when rising terrain is ahead.

Compared to the data on VFR charts, IFR charts give much more specific advice you can apply to your route planning. You’ll have published safe minimum cruising altitudes along defined airways, not just warnings about the highest obstacles or terrain. And where truly high terrain may exist along your route, you may well discover that one or more airways offer MEAs that let you fly well below those maximum elevation figures on VFR charts. Yes, some airways are published on VFR charts, but no minimum altitudes are provided, and they can be difficult to pick out of the clutter of surface features.

Ours is a GPS-based, “direct-to” world of navigation. Who needs anachronistic, VOR-based airways any more, you might ask? Direct-to is a very convenient way to get around, but don’t let that blind you to the dangers below. Even if you do follow airways and stay above minimum altitudes, there are definite risks associated with losing an engine in the mountains, where friendly forced-landing sites are few. Orographic turbulence caused by air cascading over and around mountain ridges can make flight at minimum cruising altitudes anything but a pleasant experience—not to mention the severe turbulence in any rotors downwind of a mountain range.

To help minimize wind-related chaos, the higher you fly, the better. Because of a scarcity of Doppler weather radar sites in mountainous regions, there can be large gaps in radar coverage. Don’t forget the need for oxygen at altitude! Some MEAs in the West go to 12,000 feet and beyond. 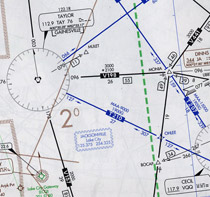 Don’t look now, but in the past eight years the FAA has been establishing a new type of airway structure, one that’s based on GPS or inertial-reference systems. Dubbed RNAV Terminal Routes (T-routes, or Tango routes), they are designed like the VFR flyways set up over and around the nation’s busiest airspace. T-routes run from 1,200 feet agl up to 18,000 feet msl, and instrument-rated pilots can file for them on IFR flight plans.

The idea is to take advantage of GPS RNAV navigation to avoid the circuitous routings and inefficiencies—associated with the use of ground-based navaids—that used to plague GA pilots wanting to navigate in or around Class B and Class C airspace. T-routes are depicted on IFR en route low altitude charts and terminal charts, identified with a “T” prefix, and provide minimum en route altitudes (MEAs). Sometimes, a maximum authorized altitude (MAA) also is published for route segments where overlying airspace is controlled by a different air traffic control facility. Incidentally, Q-routes also have been established for flights at higher altitudes. 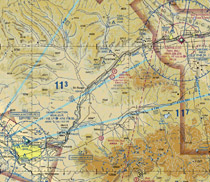 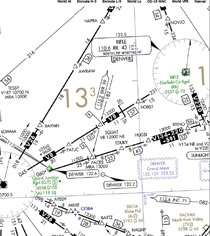