Get the app Get the app
AOPA will be closed July 4th, in observance of the Independence Day holiday. We will reopen at 8:30 am ET on Tuesday, July 5.
News & Media Piper continues strong showing in trainer market

Continuing significant orders to the training market shows that Piper Aircraft is making progress in its three-year plan to gain market share in that competitive arena. The company has seen success internationally, but especially in the past couple of years is delivering more and more trainers to U.S. schools, including CAE, Florida Institute of Technology, and ATP.

Hours after Textron Aviation announced that its Cessna 172 would be certified with a diesel engine, Caldecott noted that the Pipe Archer DX diesel model, certified last year with essentially the same Continental engine that Cessna is using, has been to 11 countries in Europe on tour. The Lycoming avgas-powered Archer TX sells for $338,500, whereas the diesel model goes for $399,500, about $35,000 less than the Cessna Skyhawk JT-A diesel. 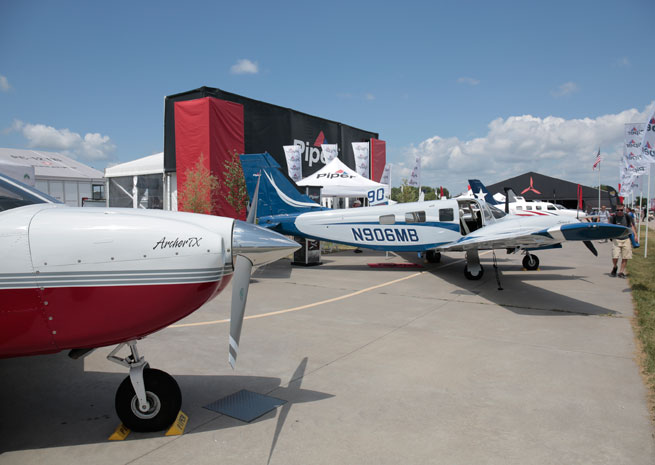