Get the app Get the app
AOPA will be closing at 1:45pm ET on Tuesday, December 6th. We will reopen Wednesday morning at 8:30am ET.
AOPA Members DO more LEARN more SAVE more - Get MORE out of being a pilot - CLICK HERE
News & Media SMA announces big-bore engine projects 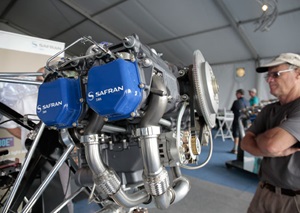 Worldwide, there are a total of 45 airplanes flying with the SR305-230E, and SMA has run these engines to TBO on test stands. After the tests were complete, a disassembly and inspection of these engines showed no anomalies. On the other hand, a Skylane JT-A suffered an engine failure during its flight test phase. The problem was traced to burrs on the SR305’s crankshaft—burrs caused by manufacturing defects that have since been corrected at the factory.

The first follow-on engine is being designed to put out between 260 hp and 285 hp. Under the SR305-XX project name, SMA plans to use the same technology of its predecessor and adapt it for higher takeoff and cruise power. Currently several prototype demonstrators are undergoing endurance tests.

The other engine is the SR460, designed to develop between 330 hp and 400 hp. This six-cylinder turbodiesel has dual turbochargers and is being pitched to original equipment manufacturers of both single- and multiengine piston airplanes, as well as helicopters. Like the SR305 engine, an electronic control unit (ECU) optimizes engine starts, provides maximum power according to ambient conditions, and controls engine speed at low power levels. At high power levels, the diesel engine’s compression-ignition characteristics sustain combustion. There will also be a mechanical backup to the ECU.

The SR460 will maintain full power up to its critical altitude of 10,000 feet msl, SMA said, and will have a TBO greater than 2,000 hours. So far, two to three airframe manufacturers have expressed interest in the SR460, SMA said. 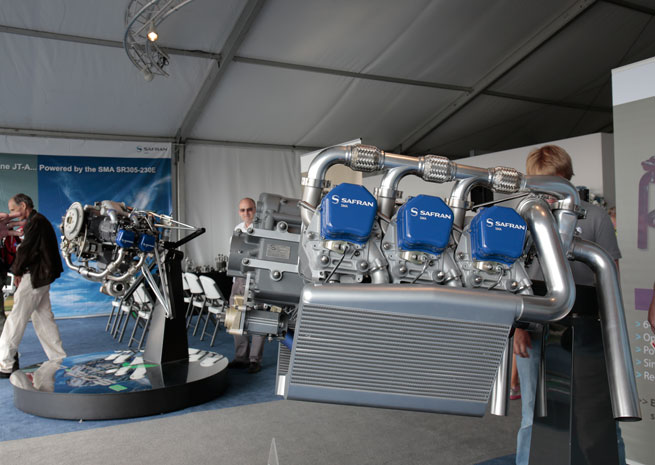