Get the app Get the app
AOPA Members DO more LEARN more SAVE more - Get MORE out of being a pilot - CLICK HERE
News & Media Quick Look: Cessna CitationJet

The Model 525 CitationJet is the quintessential entry level jet. 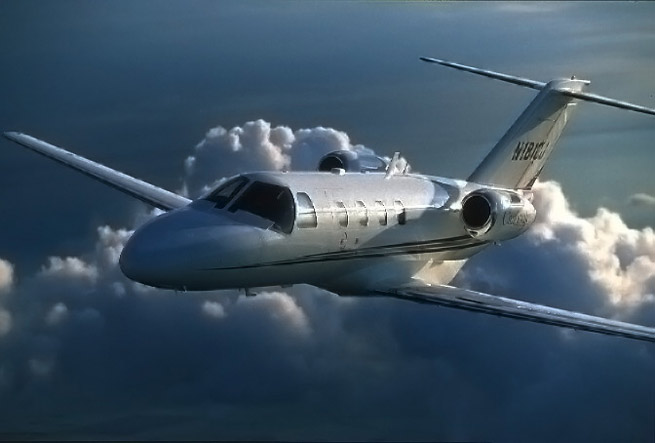 The Model 525 CitationJet is the quintessential entry level jet. Designed in the late 1980s to replace Cessna’s popular Citation and Citation I and compete against twin turboprops and other light jets, the FAR Part 23 airplane is certified for single-pilot operations and is flown by many owner-pilots and flight departments that operate only one airplane.

The CitationJet utilizes the original Citation’s fuselage, shortened 11 inches and with a lower center aisle to provide more cabin height. Almost everything else about the Model 525 was new or improved. The CitationJet was Cessna’s first business jet to use a true laminar-flow wing, and the aircraft, unlike its predecessor, sports a T-tail. Power is provided by two 1,900-pounds-thrust Williams FJ44-1 turbofans mounted on the aft fuselage.

CitationJet interiors typically are configured for five passengers, with one sideways-facing seat at the front of cabin and four club seats behind it. Baggage can be stored in the nose, aft cabin, and tail cone.

The most notable enhancement made to the original CitationJet has been installation of Garmin’s G1000 avionics suite. The system includes two 10.4-inch primary flight displays, a 12-inch multifunction display, a Class B terrain awareness and warning system, and dual integrated attitude and heading reference systems. Other features include electronic charts, datalink weather, and optional synthetic vision technology. The Garmin system, which replaces the original Honeywell SPZ-5000, saves almost 100 pounds of weight.

One of the most recent improvements unveiled for the CitationJet is active winglets that Cessna will retrofit on customer airplanes beginning in 2015. Developed by Tamarack Aerospace of Sandpoint, Idaho, this new technology uses small moveable surfaces to counteract and alleviate loads on the wing. Advantages of the system include fuel savings, extended range, increased useful load, improved climb rate, and better short-field performance.

Operators like the CitationJet because it is reliable and easy to fly, with good short-field performance and economics that rival those of twin turboprops.

In March 2000 the original CitationJet was superseded by the CJ1 (also designated Model 525), which features a 200-pound weight increase, along with a new Rockwell Collins Pro Line 21 avionics suite.

A total of 359 original CitationJets were built. According to Vref, values for these airplanes range from $1 million for a 1993 model to $1.4 million for a 2000 model.