Get the app Get the app
AOPA will be closed July 4th, in observance of the Independence Day holiday. We will reopen at 8:30 am ET on Tuesday, July 5.
News & Media Test Pilot

During flight, a pilot observes that the size of the shadow of his airplane moving across the ground is ……? 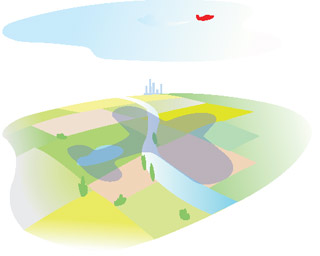 1. From reader Gerald McKibben: During flight, a pilot observes that the size of the shadow of his airplane moving across the ground is

2. A pilot is holding a magnetic heading of 185 degrees while on a VFR cross-country flight. To be legal, his cruising altitude must be

3. Why should automotive oil not be used in an aircraft engine?

4. When the pilot of a Lockheed SR–71 Blackbird performed a preflight inspection, he usually noted fuel leaking incessantly from all six fuel tanks. Why was this considered normal?

5. From reader Andrew Reibman: “I was a rather clever fellow and invented many things. Among them were the retractable landing gear and the enclosed cockpit. I also invented the airboat (seaplane) and was first to make a radio transmission from an airplane in flight. Who am I?”

6. True or False? The word, virga, which means rain or ice particles that evaporate(s) before reaching the ground, is an acronym (a word formed from the initial letters of other words, such as scuba and laser).

7. What was the first airline to provide passenger service in a jetliner?

1. c.) The sun is so far from the Earth (93 million miles) that the rays of the sun defining the shadow are considered parallel to each other.

2. a.) Cruise altitude is determined by magnetic course. Because this aircraft has a magnetic heading of 185 degrees, and the amount of drift (wind correction) is unknown, there is no way to know if the magnetic course being flown requires an “even +500” or an “odd +500” altitude. Consequently, the only altitude listed that is guaranteed legal is the one below 3,000 feet agl, where the regulations do not require a relationship between altitude and direction of flight.

3. Aircraft engines operate at much higher cylinder-head temperatures than do automobile engines. As a result, the additives in automotive oil can form ash deposits in aircraft cylinders that can lead to hot spots, sticking valves, piston holes, and other problems.

4. Components of the SR–71 (including its fuel tanks) fit loosely when the aircraft was on the ground. At cruise speeds of 2,000 knots, air friction increased skin temperature to as much as 600 degrees Fahrenheit. Such heating caused components to expand, thereby sealing the fuel tanks and preventing in-flight leakage.

5. “I am aviation pioneer Glenn Curtiss. I did these things before retiring in 1920.”

6. False. Virga is derived from a Latin word meaning spray. The notion that virga is an acronym derived from something like Variable Intensity Rain Gradient Aloft is a myth.