Get the app Get the app
Already a member? Please login below for an enhanced experience. Not a member? Join today
We will be performing maintenance on our systems Sunday 9/19 from 12am to 6am ET. During this time, you may experience intermittent service outages. We appreciate your patience.
News & Media Opportunity knocking

Doors to aviation are open for African-Americans 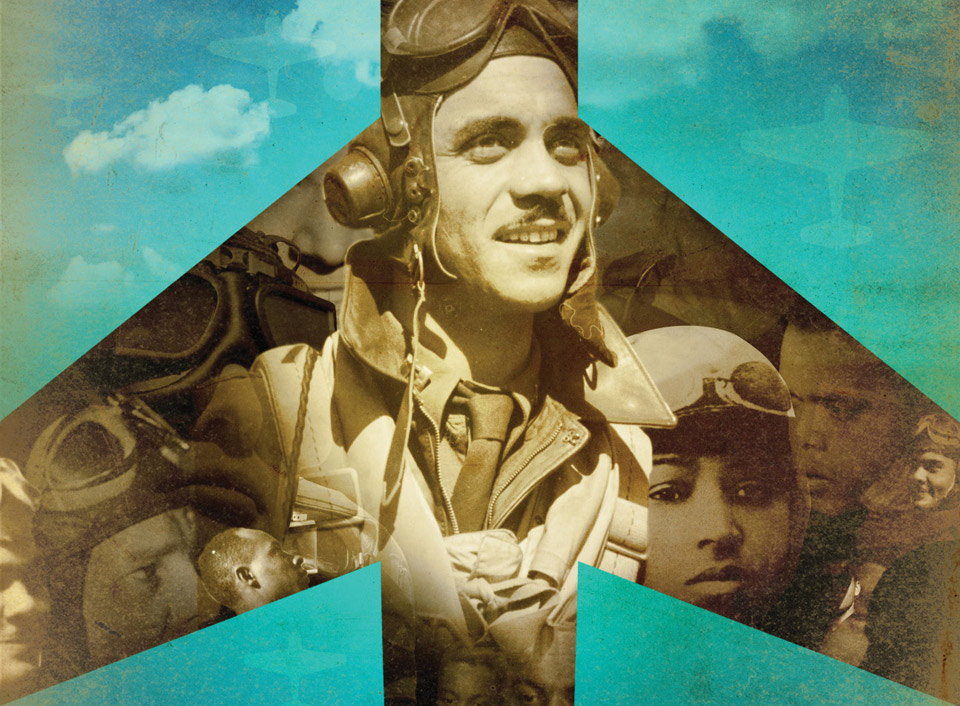 As the general aviation pilot population ages—and the Census Bureau projects that non-whites will make up the majority of U.S. citizens by 2043—the industry will need to attract diverse populations, including African-Americans, to ensure its survival.

And factors including exposure to flying, education, funding, and a lack of a support network are the main barriers keeping African-Americans from becoming more involved in general aviation, both as pilots and in industry jobs, according to those interviewed for this story.

While the FAA keeps statistics on the overall pilot population and women pilots, it does not keep statistics on racial diversity among fliers. Delaware State University (DSU), a historically black college based in Dover, has been training aviation professionals in its flight program since 1987. The university, which traces its aviation training roots back to the Tuskegee Airmen in World War II, is the only one of the Historically Black Colleges and Universities aviation programs that owns and operates its own aircraft fleet. Steve Speed is the director of the school’s
aviation program.

Albert Glenn is a captain at a major cargo airline and serves as the chairman of the Organization of Black Aviation Professionals (OBAP). “I think it’s all about exposure. What we provide for young people in schools is to give them that exposure, along with other opportunities including summer camps, mentors, and access to materials and information on flying,” he said. “I can get overwhelmed when I talk to a group. I always find kids who want to follow up.”

OBAP runs Project Aerospace, what Glenn calls a “cradle-to-career” effort to get kids interested in aviation. The Aerospace Professionals in Schools Program brings those working in the industry to schools and offers youth a perspective of career opportunities in the aviation and aerospace industries. The Aviation Career Education Academy (ACE) program includes STEM education activities, field trips, and a chance to fly in a GA aircraft. It also offers solo flight and private pilot academies for those expressing an interest in flight training. And OBAP offers the Aerospace Professional Development Program, which offers help to young pilots and other aviation professionals with education to mentoring.

The group is cautiously optimistic about the prospects for bringing more African-American pilots into the GA population. McKenzie said it will not be easy. “The main parts are getting the funding needed to keep students engaged. We can give them the experience and mentor them, but we will need money to sustain them,” he said.

OBAP’s Glenn sees great future opportunities for African-Americans interested in aviation. “The jobs are there, and they are colorblind,” he said. “When I came up, there were people who didn’t want to teach me how to fly. That barrier isn’t there anymore.”

The future looks bright for more African-Americans becoming pilots as long as aviation is not only promoted, but also the general public is educated on the accessibility and the plentiful rewards of pursuing aviation, said Baltimore. “I believe that aviation has been put on a pedestal that [causes] all potential aviators to shy away. I believe that public awareness should be increased, and the people who are dedicated and driven should be encouraged so that they may obtain certification, along with understanding that aviation is not only about flying airplanes,” he said. “In addition, I think there should be more grants and scholarships made available to support qualified candidates.”

The opportunities are there for the taking, said Speed. “We have seen news reports recently that regional airlines are starting to have difficulty finding qualified pilots of any demographic group. The legacy carriers and other airlines have plans to hire significant numbers of pilots over the next 15 years,” he stated. “These facts offer an unprecedented opportunity to increase the numbers and percentage of African-American pilots. In my opinion, we have never had an opportunity like this one before today.  I hope the industry and the African-American community take advantage of it.” 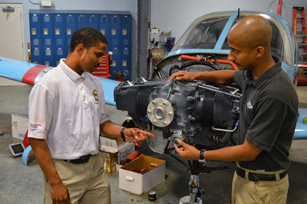 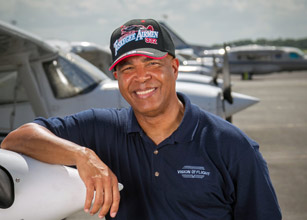 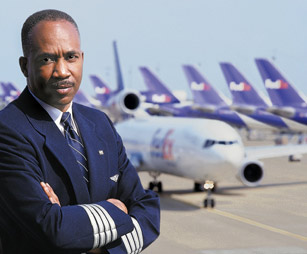 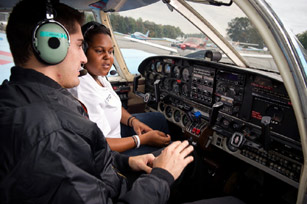 Clifton Baltimore is an AOPA member, commercial pilot, CFII, and a graduate of DSU who teaches at his alma mater. Despite an initial fear of flying, he found aircraft fascinating.

“When my parents purchased a flight simulator for my computer, my interest grew significantly. I experienced a different variety of aircraft and how different aircraft have different flying characteristics,” he said. “It was frustrating at first trying not to crash at most of my simulator attempts, but luckily I had a cousin who flies in the 201st Airlift Squadron for the D.C. Air National Guard who taught me the basics. After the basics were learned, I wanted a taste of the real thing.”

Baltimore credited his family and a great network with encouraging him to learn to fly. “My family provided the means for me to attend the EAA Young Eagles Air Academy, where I was able to see more of aviation on a grander scale,” he said. “At EAA, I was also able to take my first flight in a small airplane. Afterwards, I was able to attend a private pilot ground course sponsored by a Tuskegee Airmen organization.”

Once Baltimore completed the ground course and passed his FAA private pilot knowlege test, he was awarded 15 free flight hours with an organization then known as Cloud Club II, based out of Washington Executive/Hyde Field in Clinton, Maryland. “I was able to solo during that time. Richard Evans awarded me a scholarship to complete my private pilot training before I attended DSU’s aviation program,” he said.

Mike McKenzie is a pilot and president of Orlando-based Vision of Flight, dedicated to introducing economically disadvantaged students to the world of flight. “When I speak with our students, they tell me they never have been exposed to aviation and never knew anyone who flew an airplane, so they never saw it as a possibility,” he said. “We don’t see the schools offering that exposure, which is why Vision of Flight was created. We expose students to the STEM [science, technology, engineering, and math] subjects through aviation and take them out on actual flights.”

McKenzie said his program was inspired by a meeting with some Tuskegee Airmen Red Tail pilots three years ago when he was working on building them a monument. “Vision of Flight is a four-week awareness program. We take kids for two hours a week, where they learn about aviation history, radio communications, weather, and they use flight simulators,” he said. “After they complete the cycle, they get to apply what they learned and go up for a flight.”

Programs such as Vision of Flight are the key to creating more African-American pilots, said McKenzie. “We’ve proven this over and over. If you just put math or physics in front of a kid, they don’t gravitate toward that. They actually get afraid because it sounds awful,” he said. “But if you take that same kid and put them in aviation and relate that to the STEM topics, you’re engaging them in something that’s fascinating. Using simulators has become one of the best ways to engage kids at a young age. The concept can work if the people who run the program are aviation personnel. If not, it just becomes a game that doesn’t teach them anything.”

DSU’s Speed noted that most people who work in the aviation industry, particularly pilots, have a family member or a close family friend in the profession.  “People in general pursue careers with which they are familiar. Many people never pursue aviation careers because it doesn’t cross their minds,” he said. “They pursue careers that they know, like business, law, teaching, and law enforcement.”

Baltimore agreed. “I also think there is so little minority representation because of financial reasons and possible negative reactions to stereotypes. During my training and my experience as a certificated flight instructor, I came across some of the most outstanding minority aviators that were unable to continue to pursue their flight training goals because of a lack of financial stability,” he said. “Also I believe many potential aviators—not just minorities—may succumb to not feeling up to par.”

With the average age of a private pilot being above 50 and the average age of students 43, many individuals may not think they can do it, said Baltimore. “I’ve also heard other
stereotypes as well. For example, most believe you must have perfect vision, height, and health, and be military trained. Those of us who are experienced know this is not true,” he said.