Get the app Get the app
AOPA Members DO more LEARN more SAVE more - Get MORE out of being a pilot - CLICK HERE
News & Media Guest Editorial: Giving pilots a voice

Preview of Pilot’s Bill of Rights 2

Border protection is incredibly important, but targeting the general aviation community demonstrates a lack of respect for legal protections enjoyed by all Americans. 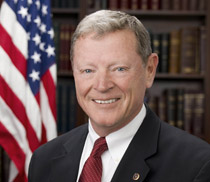 Two years ago, the Pilot’s Bill of Rights (PBOR) was signed into law, leveling the playing field between the FAA and general aviation pilots in the court of law. Prior to enactment, the FAA was allowed to use its strength and bureaucratic prowess to strong-arm pilots into enforcement actions without giving them an opportunity to fully defend themselves. As a pilot for more than 60 years with more than 11,000 hours of flight time, I was proud to lead the effort to provide solutions to this problem and give pilots a voice.

Since PBOR was enacted, many other injustices and challenges facing the general aviation community have come to the surface. In response to these outcries, I have worked with my colleagues to craft the Pilot’s Bill of Rights 2 (PBOR 2) to expand on the progress made by my previous legislation.

First, PBOR 2 clarifies that the benefits provided to pilots under current law shall also apply to other FAA certificate holders in the aviation community. Whether you are a pilot, a charter operator, or a repair station, you should receive the same due process rights under the law when facing an investigation by the FAA. These rights should not be limited only to airmen. The new bill also clarifies that upon investigation, airmen and other FAA certificate holders will have the option to appeal an FAA enforcement action directly to federal district court for a guaranteed de novo, or new and independent, review that requires the FAA to bear the burden of proof, enshrining pilots’ constitutional rights of being considered innocent in the eyes of the courts until proven guilty.

PBOR 2 reduces burdens on general aviation pilots by expanding the FAA’s existing third class medical exemption for Light Sport aircraft to cover a larger number of small aircraft, while still requiring pilots to assess their fitness to fly and undergo regular flight reviews with a flight instructor. I regularly hear about this from other pilots I meet when I fly my airplane, so I know this is an important issue on pilots’ minds. Thousands of pilots leave general aviation every year. I want to make sure the FAA is not making it any more difficult for qualified pilots to keep flying.

The legislation also reigns in overhanded stops and searches of general aviation aircraft by U.S. Customs and Border Protection (CBP) for those flying between locations within the United States. My bill would make absolutely clear that CBP must have a reasonable suspicion of illegal activity to stop an aircraft and probable cause to search an aircraft. It is important to establish a common check on the government’s power. Border protection is incredibly important, but targeting the general aviation community demonstrates a lack of respect for legal protections enjoyed by all Americans under the Constitution.

The bill also expands the ability of local airports to exercise greater control over the use of hangars. Current law gives Washington bureaucrats the ability to dictate what can and cannot happen inside of an airport hangar, even if it is privately owned and operated. This does not make sense. PBOR 2 places these decisions in the rightful hands of local airport supervisors to decide what is and is not an appropriate use of a hangar.

Last year, Congress passed legislation directing the FAA to streamline the aircraft certification process by December 2015. My legislation expands those streamlining efforts to include equipment certification and preventative maintenance. Too often FAA regulations prevent the installation of common-sense equipment that has safety-enhancing features, especially on older planes. The general aviation community is best served when airmen are allowed to quickly install equipment that makes their airplanes safer to fly. By mandating the FAA to streamline its outdated and antiquated regulatory structure, the bill will make it much easier to update old aircraft with the newest technologies.

These are just a few of the reforms I hope to make through the Pilot’s Bill of Rights 2, and I’m eager to hear from you about general aviation priorities that can best be addressed through legislation. This summer, I’ll be making my thirty-fifth trip to Oshkosh, and during my visit I’ll be speaking on the new legislation and seeking your feedback. See you at Oshkosh!

Sen. James M. Inhofe (R-Okla.) is an active general aviation pilot who serves on the GA Caucus in the Senate.