Get the app Get the app
News & Media IFR Fix: 'No useful correlation'

When sizing up a thunderstorm from a distance, what are the most important visual aspects that need attention? Can you correctly explain the technique, configuration, and method for maintaining aircraft control if you failed to avoid penetrating a thunderstorm?

If responding to that short quiz doesn’t trigger a cascade of oft-reviewed, precise responses, take advantage of the educational materials and events offered this week by the Air Safety Institute's Storm Week  to reacquire a safe and thorough awareness of the many traps and hazards thunderstorms present.

What are the hazards? Just this: "A thunderstorm packs just about every weather hazard known to aviation into one vicious bundle," says the Instrument Flying Handbook. "Turbulence, hail, rain, snow, lightning, sustained updrafts and downdrafts, and icing conditions are all present in thunderstorms. Do not take off in the face of an approaching thunderstorm or fly an aircraft that is not equipped with thunderstorm detection in clouds or at night in areas of suspected thunderstorm activity."

It’s hard to find an instrument pilot who hasn’t been tested, refreshed, and re-refreshed about the hazards thunderstorms imply. So why do thunderstorms continue to claim so many aircraft—even aircraft equipped with weather detection technology?

Cases illustrate how some pilots’ generally cautious approach to convective weather’s danger can be derailed by a gambler’s impulse to sneak past a thunderstorm, or race it to the airport, based on the storm’s  visual appearance or its electronic imagery. That bet loses. The Instrument Flying Handbook passage continues, "There is no useful correlation between the external visual appearance of thunderstorms and the severity or amount of turbulence or hail within them. All thunderstorms should be considered hazardous, and thunderstorms with tops above 35,000 feet should be considered extremely hazardous."

Visualize a thunderstorm as a quick-changing block of "Class T airspace" featuring ill-defined boundaries and severe penalties for an incursion. Next, re-establish your margins for avoiding it. 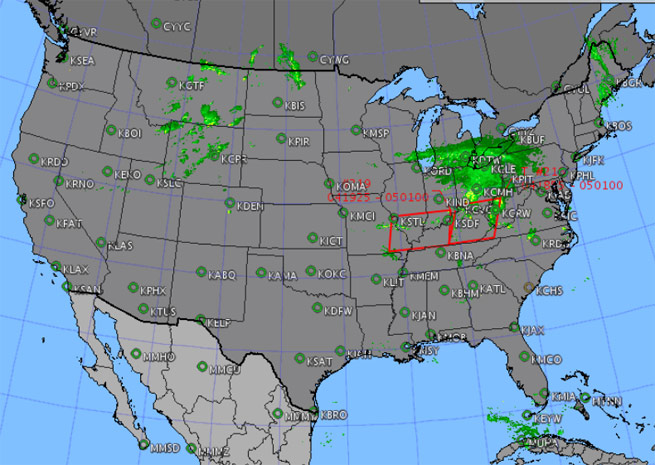 Dan Namowitz has been writing for AOPA in a variety of capacities since 1991. He has been a flight instructor since 1990 and is a 35-year AOPA member.
Go to Dan Namowitz's Profile
Topics: IFR, IFR, Training and Safety