Student to instructor in 11 months

Keaton Meltvedt-Snow, winner of the AOPA Foundation's 2013 Richard Santori Memorial Scholarship, passed his helicopter CFI checkride on May 30. It was less than a year ago—July 1, 2013—that he earnestly started primary training.

"Sure is weird to think that only 10 month ago I barely knew how to hover, but can now teach people how to fly," Meltvedt-Snow said in an email to AOPA, notifying the association of his success. He used the scholarship money to train for his instrument rating because he received the funds after completeing his private pilot certificate in September 2013.

Meltvedt-Snow said his love of helicopters began early. “My mom showed me a picture of me at age two holding a toy helicopter,” he said. “Since then, I wanted to be a helicopter pilot.”

The 20-year-old experienced his first flight seven years ago. “Our local airport had a helicopter school, and I took lessons from middle school until I graduated from high school,” he said about training at Leading Edge Aviation in Bend, Ore. "However, I didn't earn a rating through those lessons. They were spaced far apart," he later explained.

Among Meltvedt-Snow’s aviation inspirations are Julian Pridemore-Brown, and his mother and stepfather. “I met Julian at my airport. He’s a Southwest Airlines pilot, and I thank people like him who take the extra step to help someone like me,” he said. “I could go on and on about what my mom and stepfather did to help me. They were my number one supporters in helping me achieve my goals.”

Meltvedt-Snow said he feels that he received the AOPA Foundation scholarship because he had a unique story that stood out. “Find a way to [show] that you are unique and use it in a constructive way. Show aspiration and motivation, and have a good solid reason on why you want to do this,” he said.

As for future plans, Meltvedt-Snow is working on his CFII, which he plans to complete in a few weeks. “Then I’ll work as an instructor at my flight school. Once I get my hours, my ideal life would be flying international offshore rescue missions on oil platforms and traveling around the world flying different helicopters to help others,” he said. 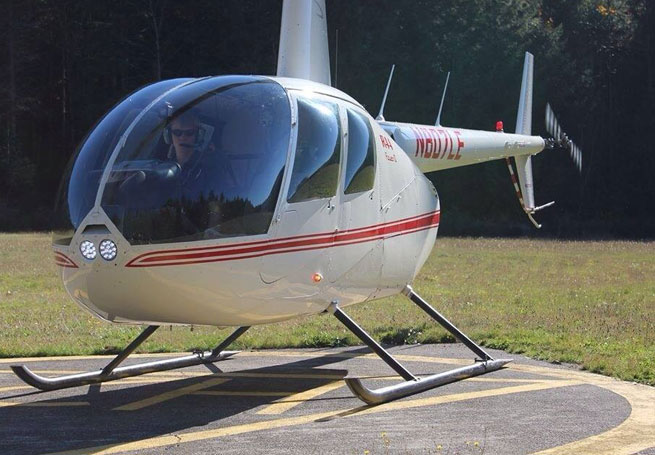