Get the app Get the app
AOPA Members DO more LEARN more SAVE more - Get MORE out of being a pilot - CLICK HERE
News & Media Training Tip: Thunderstorm in sight

The airport management has asked pilots to use Runway 8, left traffic, during calm-wind conditions. That keeps low-flying aircraft away from a residential area, and lends predictability to the traffic flow at the one-runway, nontowered airport.

A locally based pilot is returning from a morning flight to a destination 100 nautical miles to the east, squinting into the late afternoon sun to spot the home field from 20 miles out. There it is—and also visible about six miles beyond the airport is a towering cumulus cloud that has matured rapidly into an active thunderstorm, its rain shaft just now striking the ground. The air-mass storm appears to be drifting slowly north. Surface wind at the airport is calm. There’s no reported traffic.

Which runway should the pilot select for landing?

That’s a good question to ponder during Storm Week, an annual reminder calling pilots’ attention to resources and activities designed to help them avoid the dangers of convective weather. The scenario described is a variation on a sample Private Pilot Knowledge Test question that offers three possible answers:

"A) fly the pattern to runway 08 since the storm is too far away to affect the wind at the airport.

"B) fly the normal pattern to runway 08 since the storm is west and moving north and any unexpected wind will be from the east or southeast toward the storm.

"C) fly an approach to runway 26 since any unexpected wind due to the storm will be westerly."

Where would you start to research the question during prep for your knowledge test, or to review the subject material after giving an incorrect answer on the test?

Note that the learning statement code for the question (PLT271) isn’t weather-related. It is concerned with human factors and judgment in aeronautical decision making. However, the scenario also challenges your understanding of meteorological knowledge elements such as the thunderstorm life cycle, and gust front characteristics, to make a quality decision.

Under real-world conditions, a thunderstorm reaching maturity six miles from the airport could present a pilot with more than three multiple-choice alternatives. What others come to mind? Does the scenario justify deviating from the airport’s normal calm-wind-runway operations?

Making such decisions in real time is what aeronautical decision making is all about. 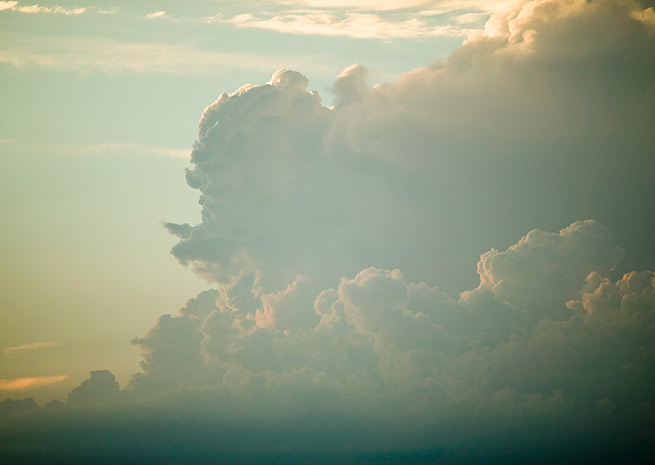 Dan Namowitz has been writing for AOPA in a variety of capacities since 1991. He has been a flight instructor since 1990 and is a 35-year AOPA member.
Go to Dan Namowitz's Profile
Topics: Airport, Takeoffs and Landings, Technique