Get the app Get the app
Already a member? Please login below for an enhanced experience. Not a member? Join today
News & Media 'I felt the hit' 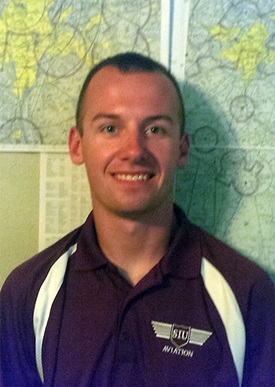 Shawn Kinmartin was flying his fifth load of his third day on the job with a Missouri skydive operator when the new routine became anything but.

“I felt the hit on my elevator,” said Kinmartin, 21, in a telephone interview with AOPA. It was one of many chats he has had with reporters since his fifth flight on June 14 ended without a landing to log. “The nose pitched up really quickly.”

Kinmartin’s response—full power, yoke full forward—was reflexive, trained by instructors at Southern Illinois University, where Kinmartin is a student, as well as the staff of Fly Free Skydiving, where owners Josh Cook and Jen Stewart waited about 10,500 feet below for the arrival of their latest batch of customers.

They were not yet aware of what had happened above. Neither, for that matter, was Kinmartin, at least not exactly. 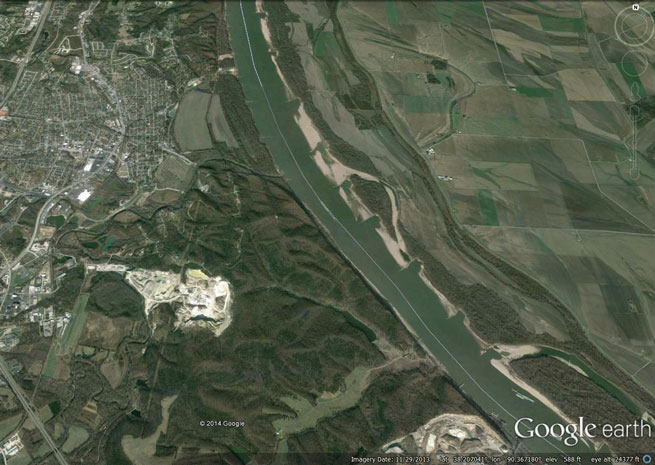 The final jumper in the group had brushed his equipment against the doorframe on the way out, inadvertently pulling the pin on a spring-loaded reserve parachute which popped open into the slipstream. The drogue chute, designed to pull the larger canopy free of the pack, wrapped around the right stabilizer of the Cessna 182, and as the skydiver fell, the tangled shroud exerted considerable force on this critical control surface with its attached elevator. The drogue broke free, as it is designed to do, and the skydiver found himself under canopy at 10,500 feet, drifting slowly to earth as Kinmartin’s struggle began.

None of this was yet clear to the pilot, who focused on maintaining a stable attitude and trying to keep the bucking airplane under some semblance of control.

“I was trying to figure out what went wrong,” Kinmartin recalled. “Just to keep the nose level, I had to push it [the yoke] all the way to the panel, essentially.”

Kinmartin tried adjusting trim with no effect (the trim tab was on the damaged right elevator), but he was able to maintain more-or-less level flight. He told St. Louis approach controllers that he had some trouble on his hands, and requested a switch to the Festus Memorial Airport CTAF while beginning a ginger descent by reducing power.

“The goal was to let people on the ground know that I had an issue,” Kinmartin said. “I was still thinking landing.”

He tried some gentle manipulation of the stiff elevator control, testing to see if it would be possible to flare the nose when the time came, descending slowly as his employers sprang into action below. 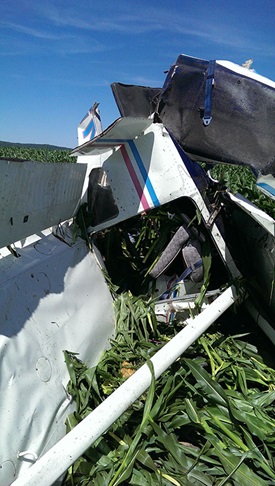 Cook jumped in another aircraft and launched, aiming to get a closer look at Kinmartin’s stricken Cessna. Another pilot was also talking to Kinmartin, suggesting possible alternatives including other airports, and bailing out. Kinmartin was reluctant to proceed to the exit without first making contact with the airplane’s owners, and getting a visual damage report.

“I wanted the owner to be giving me the go-ahead on that,” Kinmartin said of bailing out.

Soon enough, Stewart recalled in a telephone interview, Cook got close enough to see the damage, and there was no doubt the airplane would never land again: the stabilizer had been yanked nearly 90 degrees out of its normal alignment.

“They kind of confirmed my worst fears,” Kinmartin said. “It was bent on the elevator, preventing it from moving.”

Kinmartin had also noticed that with the lower power setting and gradual descent, the airplane was becoming more difficult to control at all.

The decision was made—strongly recommended by Cook and agreed to by Kinmartin—that the young pilot needed to make his first skydive, solo. The only question remaining was, where? Kinmartin was still in the vicinity of the airport, headed south over a heavily wooded area—not an ideal spot to land a parachute in any way. To the east, just over the Mississippi River, lay Illinois, and a sprawl of corn fields. Kinmartin gingerly turned east, and prepared to jump, by now down to about 2,000 feet.

He pulled the power to idle and got out of his seat, making his way to the door on the right side. As he moved, Kinmartin felt the airplane bank to the right. His left hand firmly gripped the D-ring, and he stepped out onto the strut and tumbled away, pulling the rip cord with such force that the ring detached and flew into the distance. Kinmartin knew that it was designed to do that, but still, he thought to himself, “this ‘chute better open.”

The emergency parachute did open quickly, Kinmartin said, though it seemed to take a while. “Those were the longest few seconds, it felt like an eternity for me.”

Kinmartin, safely under canopy, watched as the Cessna spiraled into an empty cornfield.

Kinmartin said the reality of the situation didn’t truly sink in until he got an up-close look at the crumpled remains of the Cessna. Managing the incident, he said, was not as nerve-wracking as some might expect.

“For me it felt easy, it felt smooth,” Kinmartin said. “I almost felt like I was up with my flight instructor practicing an emergency.”