Get the app Get the app
Already a member? Please login below for an enhanced experience. Not a member? Join today
News & Media Bugatti 100P re-creation to debut in museum exhibition

The Mullin Automotive Museum of Oxnard, Calif., describes the elegantly designed automobiles of the 1920s and 1930s in its collection as its "rolling sculptures." But when the museum’s founder, Peter Mullin, wanted a crowning touch for a retrospective exhibit of the work of the Bugatti family of artists, sculptors, and designers, the quest led to an aircraft hangar in Oklahoma.

There resides the soon-to-fly re-creation of the Bugatti 100, an airplane conceived in the 1930s to set speed records, but thwarted by war and the harshness of the elements, never to leave the ground.

The restored original graces the Experimental Aircraft Association’s EAA AirVenture Museum in Oshkosh, Wis.—and now, the flyable re-creation built by a devoted group of volunteers under the management of former fighter pilot Scotty Wilson of Tulsa, Okla., is approaching completion. Among the group’s participants have been two grand nephews of Louis de Monge, a Belgian engineer who was one of the original airplane’s designers.

In a telephone interview, Wilson said he was surprised and pleased when Mullin reached out to him last year about including the Bugatti 100P re-creation in the upcoming exhibit "The Art of Bugatti."

"We were honored that he even knew about us," Wilson said.

The Bugatti project group readily saw the opportunity as "the best way to reach this broader audience." 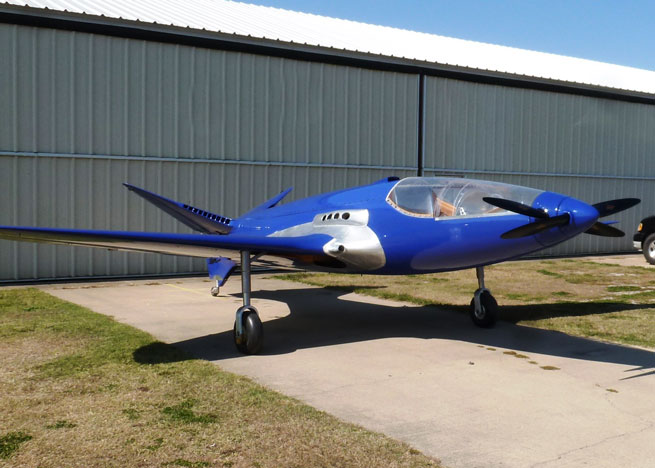 “The airplane crosses national and cultural boundaries. It appeals to people who are interested in cars, airplanes, the history of technology, art, art nouveau, art deco. It is a classic design all by itself," he said.

Aviation buffs love the idea of a classic airplane hidden in a barn. The tale of the Bugatti 100 may be the ultimate example of the genre.

Italian-born Ettore Bugatti, who had built thousands of autos, and de Monge, the engineer, had been working on the racing airplane for three years as the invading German army approached Paris in World War II.

"Desperate to save the plane and its secrets from the rapidly-approaching enemy, Bugatti and colleague Louis de Monge smuggled the plane out of Paris under the cover of darkness and hid it in a barn," wrote Wilson on a project website about the "reve bleu" (blue dream) aircraft.

The super-sleek tailwheel aircraft, with its striking forward-swept wings and V-tail, wasn’t only "an art deco classic." Powered by two 450-horsepower engines, and with counter-rotating propellers up front, it was a technological marvel as well.

The airplane went undiscovered in the barn, but nonetheless emerged from its concealment in unflyable condition, later to be restored for display. 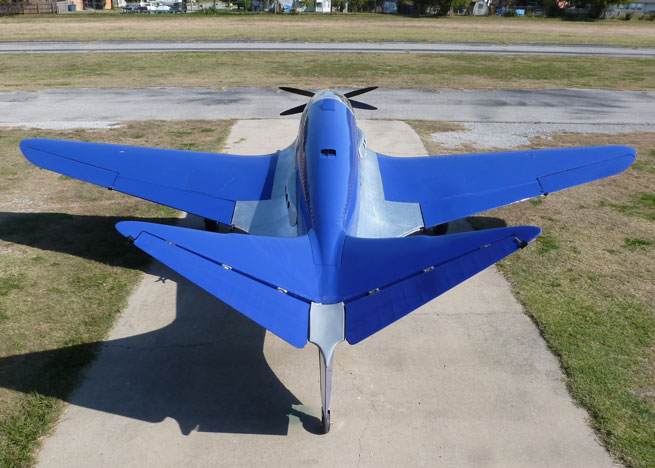 When the Mullin Museum contacted Wilson about presenting the re-creation—which is being built without any engineering drawings by reverse-engineering it from parts from the original—the volunteer group was faced with a decision: Complete and fly it first, and then deliver it to California, or dis-assemble it and make it available for the exhibit’s opening.

The decision was made to display first, fly later.

"For us it’s about the story, spreading the story," said Wilson, who after his military career flew corporate and charter aircraft, and held a top executive post at a private equity firm, before spending the last four and a half years on the "all-consuming" Bugatti project.

When it does fly—“about like a Lancair 360," said Wilson—he expects "no surprises," based on analyses of performance, stability, and control performed by Brazilian professor of engineering Paolo Iscold and his students. The precise moment the aircraft takes flight may depend on whether it becomes briefly airborne during a high-speed taxi test, Wilson said. In any case, its flying career will be brief, mostly to collect data, with no airshows or speed bids planned.  Then it will "go off on a tour of selected venues."

For the Mullin Museum, it’s about completing the art exhibit by including the marriage of period design aesthetics and cutting-edge technology of the Bugatti airplane and its "dimensionally and aerodynamically identical" re-creation.

"We’ve searched for years to gather the best examples of the Bugatti family’s work and couldn’t be more thrilled to host the 100P at our museum," said Mullin in an announcement of the exhibit. "Bugatti has always been known for their remarkable automobiles, but the 100P is one of the missing pieces that truly shows the breadth and depth of the family’s work."

The exhibit of the works of Bugatti family members Carlo Bugatti, his sons Rembrandt and Ettore, and Ettore’s son Jean is scheduled to run from March 20 to Dec. 30. In addition to Bugatti autos, the museum houses sculptures, paintings, and pieces of furniture created by the Bugattis.

The present day Bugatti Automobiles company is a subsidiary of the German company Volkswagen AG. 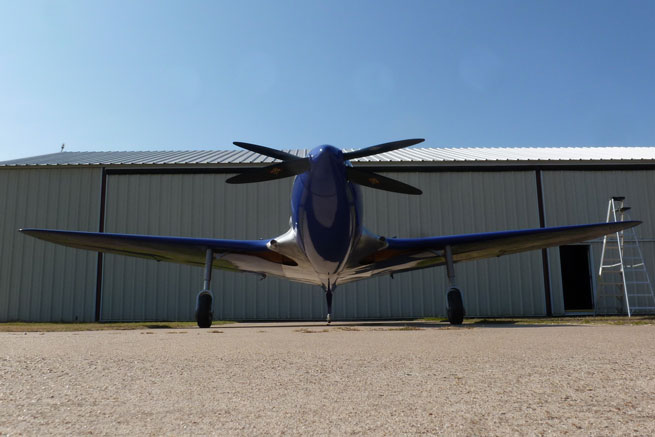 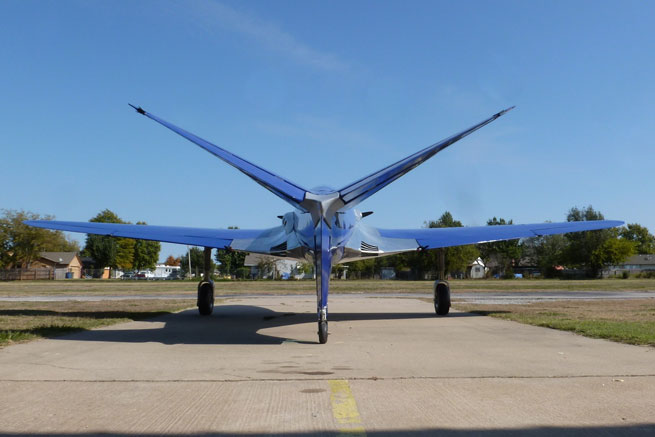