Rodney McKnight, winner of the 2013 Ceci Stratford Flight Training Scholarship, passed his checkride March 3 to earn his private pilot certificate. McKnight has been an AOPA member for two years.

McKnight was six years old when he decided he wanted to become a pilot. "I remember it like it was yesterday. I took my first general aviation flight with my best friend and his dad. I got to sit in the right seat," he said. "Ever since then, I've wanted to give someone their first airplane ride."

Lessons for McKnight began in 2012, when he took an online ground school course with his flight instructor, Jason Schappert. "It was as good as doing it in person, because the course is very interactive and includes live webinars," he said. He started his training at Albert J. Ellis Airport in Jacksonville, N.C., and finished it at Ocala International Airport in Florida. 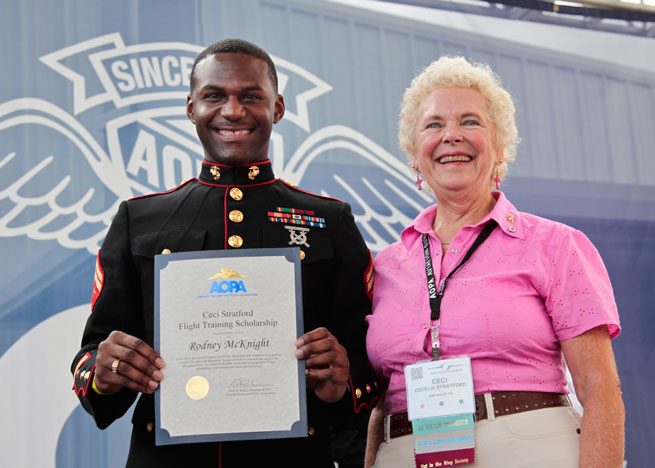 The AOPA Flight Training Scholarship came to McKnight's attention after he received an email saying his AOPA membership was about to expire. "It was also the time I was taking college courses and due to some bad budgeting, I ran out of money for flight training," he said. "I searched for scholarships, found AOPA, saw that I qualified, and applied."

McKnight received the Ceci Stratford Flight Training Scholarship on Oct. 4, and completed his checkride on March 3. "My next goals are to earn a certificate, instrument, commercial, CFI, and CFII, all in rotorcraft," he said. "I then plan on coming back to Ocala and make Jason a CFII in rotorcraft and he'll make me a CFII in aircraft." 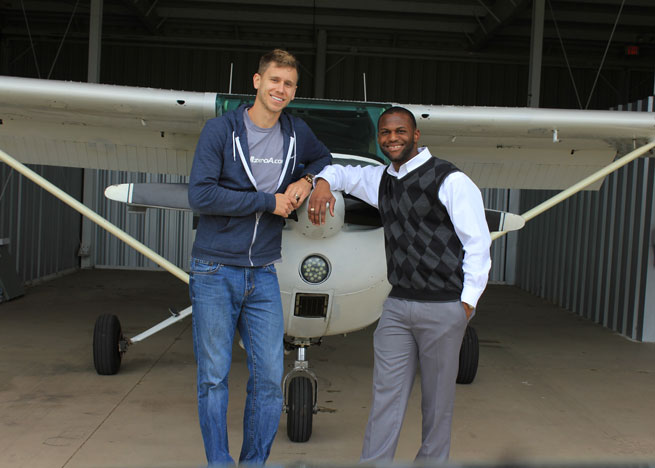