Get the app Get the app
AOPA Members DO more LEARN more SAVE more - Get MORE out of being a pilot - CLICK HERE
News & Media Dogfight: Simulators

The young dog is ready for the future; the old dog, not so much. Senior editors Ian J. Twombly
and Dave Hirschman debate the viability of simulation in training. 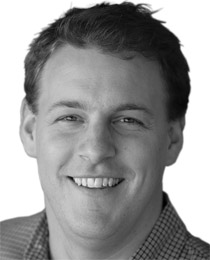 There’s a reason Redbird Flight Simulations of Austin, Texas, has had massive success with its motion simulation platforms. Actually, there are many reasons, and you could take any one of them and still make a successful product. Put them together and they make up what Redbird calls the fastest-selling simulator in history.

The key behind Redbird’s success is, of course, value. The relatively low price is what got the company so much attention in the beginning. Prior to the FMX launch, a flight school owner would be forced to pay hundreds of thousands of dollars for a non-motion platform or many thousands of dollars for a single-screen desktop model. The result was that it was incredibly rare to see anything other than a desktop simulator in a flight school. Redbird exploited a gap in the market and offered the first low-cost motion platform.

At roughly $70,000, the Redbird platform isn’t perfect. It doesn’t always feel exactly like the airplane, the motion isn’t as smooth as more expensive simulators, and the motion doesn’t handle spins or other aggressive maneuvers well. And that’s OK. Simulators that cost $1 million or more don’t do all these things, either—and in many cases the visuals are worse. Many critics compare the two devices as if they are providing the same level of training, which is nonsense. This false equation misses the point of an inexpensive motion platform, which is to shorten training time and create better pilots—both of which FMX does well.

Airplanes are the world’s worst classrooms. They are as unconducive to training as you could imagine. Simulators, on the other hand, are designed for learning. They are safe, quiet, comfortable, and you can stop and start them at will. The fact that the motion isn’t perfect or the G1000 buttons aren’t exact is not as critical as exposing someone to stalls, steep turns, slow flight, and ground reference maneuvers in a proper environment. Not to mention emergency training, which is vastly superior in a simulator. 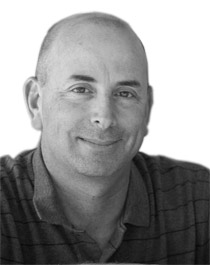 Full-motion flight simulators are indispensable teaching tools for corporate, military, and airline pilots—but the low-cost models I’ve seen just don’t have the fidelity to provide real value for primary students. Not yet, anyway.

To be a worthwhile tool, a motion simulator must realistically re-create the sensations of flight. And although today’s sims are getting close, they aren’t ready for prime time. Operate a Level C or D simulator and you can lose yourself in the experience because it feels so much like the real thing. In a low-cost motion sim, that’s not the case.

Redbird’s single-seat Cub simulator drew a great deal of attention when the cute yellow-and-black model was unveiled on the iconic Piper J-3’s seventy-fifth anniversary—but does it fly like a Cub? Not remotely. The innovative firm introduced a formation flying challenge with another sim meant to mimic an Aerostar Yak-52W. The instrument panel and the radial engine sounds resemble the real thing, but the sensations of flying aren’t even close.

This shouldn’t be a surprise. High-end military flight simulators are driven by massive hydraulic systems controlled by powerful computers, and each one can cost millions of dollars. The same is true at the airlines and corporate training firms where pilots leave Level D simulators with type ratings never having set foot in the actual airplane.

Would a student who learned to take off and land in a Redbird be safe to fly a Cessna 172? Of course not.

Low-cost simulators are terrific for teaching normal and emergency procedures, introducing students to new concepts, and giving them a preview of what to expect in upcoming lessons. They’re also amazingly helpful in aiding rated pilots maintain their skills. But those things also can be done effectively in non-motion sims (such as the Jay that AOPA and Redbird market jointly) or even desktop computer programs.

Simply saying the motion isn’t as good as a high-end device doesn’t somehow prove that a more modest device isn’t effective. Although we are learning more about how effective motion can be in primary training all the time, Redbird’s initial success at its Skyport flight training laboratory presents some strong initial proof. In the first year of operation, students there earned pilot certificates in an average of fewer than 40 hours in the airplane. Could they have had the same success by turning the motion off? It’s doubtful. Besides, it’s about more than just shorter training time. Motion simulators have to be good for business if they are going to work.

For all of us who learned to fly before the glass era, it’s hard to imagine walking into a modern flight school today. Long gone are the wrung-out Cessna 150s, and in their place are futuristic panels and motion simulators—just like airline pilots use! Motion platforms are a great way to showcase new technology to students and connect with those who have grown up in a technologically advanced world.

Motion platforms make an excellent business case, students love them, they are a draw to potential new pilots, and students who train in motion simulators before getting in an airplane get a certificate in fewer hours. Inexact airplane replica, indeed.

It would be wonderful if students could master the landing flare in a relatively low-cost motion simulator. That would save untold quantities of avgas, tire tread, and sweaty hours grinding around the traffic pattern—not to mention lowering student costs and growing the size of the pilot population.

Perhaps Redbird itself could settle the motion question once and for all at its Skyport laboratory in San Marcos. Set up a control group of students who learn in non-motion sims and compare their progress to another group that uses motion. My hunch is that there would be little or no meaningful difference between the two groups once they begin flying actual airplanes.

These days, many of the best young flight students spend uncounted hours on desktop flight games before they set foot in a real airplane—and their computer savvy serves them well. They get comfortable in real airplanes quickly and already are familiar with the view from above.

Moore’s Law applies here, and rapid technological advances are almost sure to improve the quality and lower the cost of motion flight sims to the point that motion becomes beneficial to primary students.

For now, however, primary flight students are better off learning in stationary sims, and using the money they save to fly more often.