Get the app Get the app
AOPA Members DO more LEARN more SAVE more - Get MORE out of being a pilot - CLICK HERE
News & Media Weather Watch: Convective coverages

Whether you believe in global warming or not, here’s a hard fact: the days are getting warmer as we make our way toward summer. 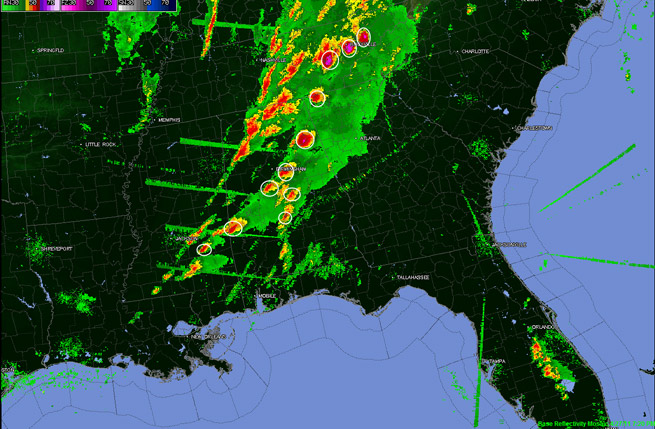 Whether you believe in global warming or not, here’s a hard fact: the days are getting warmer as we make our way toward summer. And that means thunderstorm season is here. In fact, some of the worst convective weather occurs in April and May, when supercell systems march through the Midwest.

By now we all should be on the lookout for convective sigmets. You can learn of convective sigmets via a preflight briefing from Flight Service stations, on the Internet through the Aviation Digital Data Service (ADDS, at www.aviationweather.gov), and in the cockpit from talking with Flight Watch on 122.0 MHz. Datalink weather service providers also can give us both graphic and text postings of convective sigmets. Graphics are always best, of course, because you receive a clear picture of the coverage area—and your position relative to it. This relieves you of the tedious chore—especially tedious if you’re busy flying!—of looking up and locating the VORs that serve as sigmet boundaries. Unless, like the gifted few among us, you’ve committed VOR identifiers to memory.

Here are a few convective sigmet basics you need to understand:

When are they issued?

• When thunderstorms are occurring, or

• When forecasters expect them to form

• On a scheduled basis at 55 minutes after the hour. If no convection is expected, then the issuance will say “Convective sigmet…none.”

What are the conditions and coverage implications?

• A line or lines of thunderstorms at least 60 nm long with storms affecting at least 40 percent of the length of a line or lines.

• Active thunderstorms affecting at least 3,000 square miles, with storm coverage of at least 40 percent of the area. The storms exhibit very strong radar reflectivities, and/or significant satellite or lightning signatures.

• Embedded or severe thunderstorm(s) are expected to occur for more than 30 minutes during the valid time, regardless of the size of the area.

Pilots have issues with these definitions and issuance guidelines. One big gripe is that 3,000-square-mile parameter. Entire multistate regions of the nation fit this criterion, so why put out a convective sigmet when only 40 percent of this area experiences—or is expected to experience—thunderstorms? “I’m only flying locally, or making a short cross-country flight outside that 40-percent area,” you might say.

The answer is in the synoptic situation. Yes, only 40 percent may be affected, and you may be surrounded by clear skies right now, but conditions within those 3,000 square miles are such that thunderstorms may well form elsewhere in the coverage area. 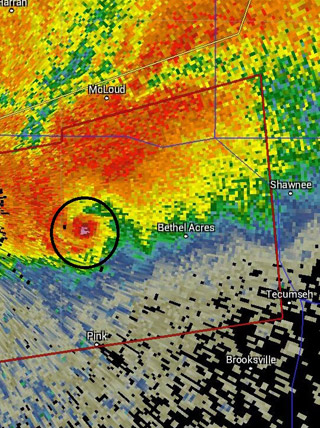 The big takeaway is that convective sigmets should make you perk up and start checking the weather extra carefully. After all, we’re talking about lines of storms, embedded thunderstorms, and large areas of thunderstorms—and all of these are on the move. If in flight, it’s time to keep a good visual lookout, better track of satellite and radar imagery if you’re equipped with datalink weather, and to begin thinking about escape plans in case things fall apart.

Let’s say the atmosphere is especially hot and juicy, and a forecaster sees what he or she believes could be a severe thunderstorm pop up suddenly—or strongly suspects that a severe thunderstorm may form. That’s when a special issuance will be made. In flight, you’re most likely to hear about this over an ATC center, Flight Watch, or HIWAS frequency.

This kind of urgent convective sigmet should sound a loud alarm. Where are you in relation to the coverage area? How do you navigate so as to avoid the area? Should you land and wait it out? In other words, it’s time to get super-serious about avoiding these sorts of thunderstorms. Why? Severe thunderstorms, by definition, are those with any or all of the following features:

• Hail with three-quarter-inch diameters (at the surface)

When it comes to thunderstorm season there’s plenty of weather information to consider, and convective sigmets are just one element.

Next month we’ll touch on another related topic: radar imagery.