Get the app Get the app
AOPA Members DO more LEARN more SAVE more - Get MORE out of being a pilot - CLICK HERE
News & Media First Look: Breaking a link in the chain

First Look: Breaking a link in the chain 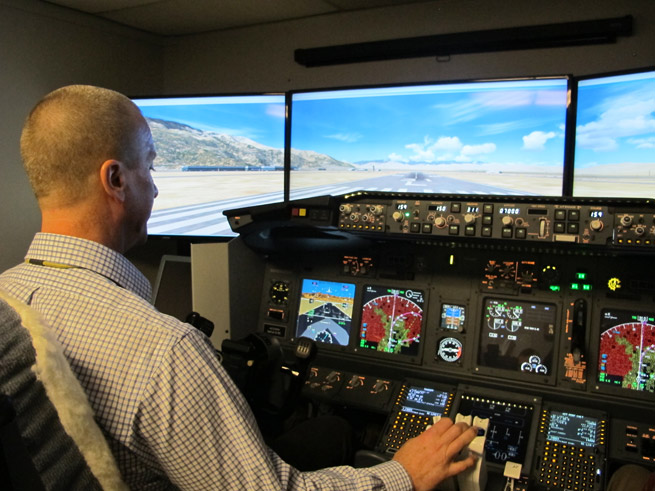 On March 20, 2009, the crew of an Airbus A340 began a partial-power takeoff in Melbourne, Australia. The aircraft struggled to lift off, and trying to force it off the ground resulted in a tail strike. With runway disappearing, the captain gave the throttles full thrust, and the aircraft lifted off after passing the end of the runway and striking a light and antennae—narrowly averting a more serious excursion.

Investigators traced the accident chain to an error entering the takeoff weight into the electronic flight bag: The pilots had based performance calculations on a weight 100 tons lighter than they had intended. The flight crew missed opportunities to identify the error and did not detect the degraded takeoff performance until very late in the takeoff roll.

Takeoff accidents present a challenge for avionics manufacturers: how to provide a reliable takeoff performance monitor that can identify a problem in time to abort a takeoff safely—and avoid nuisance alerts that could risk unnecessary high-speed rejected takeoffs? Aerospace giant Honeywell is taking aim at the problem with an energy display designed to give pilots a look at key takeoff performance metrics, and provide both visual and aural warnings if a takeoff should be aborted.

The technology builds on Honeywell’s SmartRunway/Enhanced Ground Proximity Warning system, which alerts for conditions such as flaps not configured for takeoff. It also has alerts for insufficient runway, but they do not take into account aircraft weight or runway conditions, which can have a significant effect on the performance of larger aircraft. By comparing predicted and actual acceleration, Honeywell’s new software can alert the flight crew to insufficient takeoff performance in more scenarios—even if performance calculations are based on incorrect data. 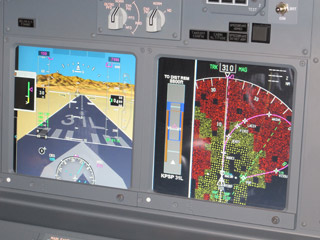 A prototype display marks the runway with overlapping brown and blue bars, a concept first developed by the Dutch National Aerospace Laboratory in 1992. The brown “can-stop bars” are where the system predicts a rejected takeoff can be performed, as long as it is before the aircraft reaches V1. (The projected V1 point is marked with a triangle.) Overlapping the brown bars are the blue “can-go bars;” the aircraft must rotate within the span of the blue bars to ensure a safe takeoff. Another display marks the acceleration on a band of yellow and green.

Honeywell’s Steve Johnson set up for takeoff on Runway 31L in Palm Springs, California, in the simulator. He advanced the throttle to a setting too low for the weight of the aircraft and started the takeoff roll. At 80 knots, a yellow box framed the runway and “ACCEL LOW” appeared at the top of the screen.

Johnson cut the throttle and braked in the runway remaining. The alert triggers at 80 knots, a relatively low speed, to give pilots time to abort a takeoff safely and avoid high-speed rejected takeoffs.

The technology is expected to be unveiled in three to five years. Honeywell hopes it will whittle away at the takeoff accident rate by breaking one more link in potential accident chains. 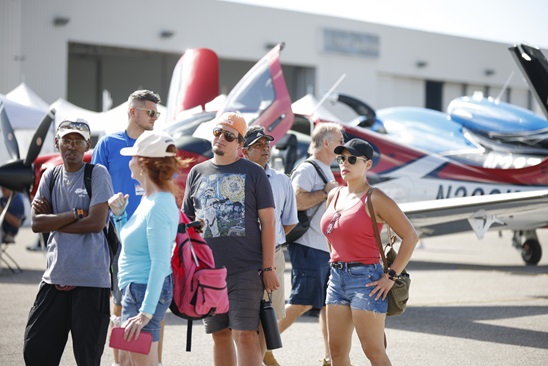