Get the app Get the app
Already a member? Please login below for an enhanced experience. Not a member? Join today
News & Media Cost comparison

Paying for your passions

A visitor pulled up to my hangar in an S-class Mercedes recently with a few questions—and assumptions—about flying. 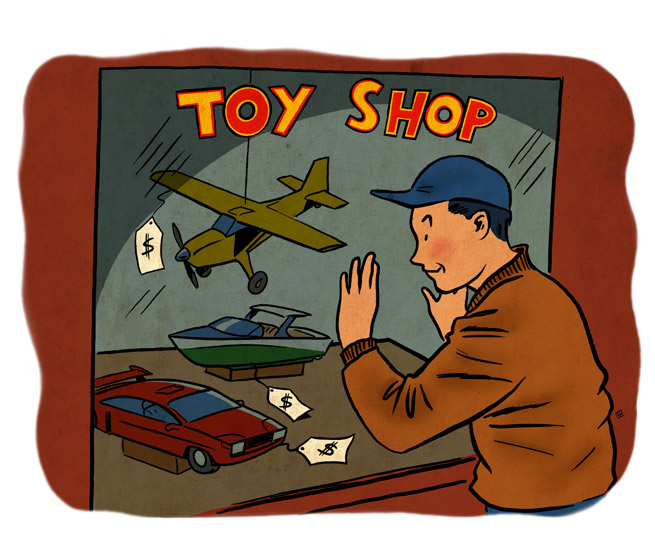 A visitor pulled up to my hangar in an S-class Mercedes recently with a few questions—and assumptions—about flying.

He asked about the amount of time it took to learn to fly, the risks and regulations involved, and the price of avgas. I answered as best I could, was encouraging, and pointed out a flight school about 400 yards away that would gladly take him for an introductory flight that same sunny day. But the driver of the silver Benz declined, saying that flying was surely too costly for him, and drove off.

Now, there’s no question the driver is right when he says flying is expensive, and most of us scrimp and save in order to do it. But the irony of a guy driving a $90,000 car telling me, the owner of a $30,000 airplane, that flying is financially out of reach seemed a bit much. His comments struck a nerve, however, because my own flying leans heavily toward the impractical with an emphasis on single-seat aerobats, warbirds, and Experimental aircraft that don’t bring in any revenue. Such expenses are hard to justify, especially with two kids approaching college age. (My oft-repeated dodge that flying is a bargain compared to psychological counseling only goes so far.)

Still, when compared to other endeavors, general aviation can be a good deal—especially when costs are shared through a partnership or flying club. One of the best deals at my local airport is the Sky-Hi Flying Club, a 15-member, 40-year-old organization that owns a Cessna 177B Cardinal. It costs $4,500 to join the club, and that fee is refundable (based on the Vref value of the airplane) when members leave. Dues are $84.50 a month, and the charge for flying is $77 an hour wet.

A club member who spends $350 a month (excluding the equity stake) can have access to a solid, well-maintained, IFR airplane kept in a prime hangar and fly it more than 40 hours a year, or about 5,500 miles at 140 miles per hour. From Maryland, that’s enough to make an annual flying trek to the West Coast and back. Or go to Maine in the fall and Florida in the spring, and still keep current the rest of the year.

There’s also a Luscombe Flying Club, where six members own a 1946 model 8E and pay just $66 an hour—based on tach time. 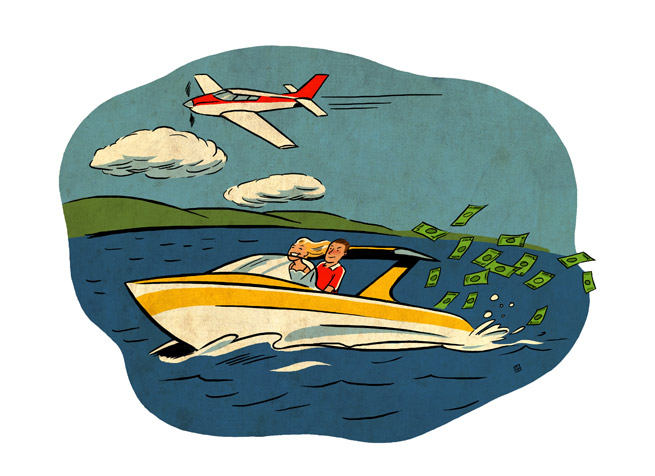 Flying clubs have a long and successful history of lowering costs and strengthening the aviation community—and they’re about to get some helpful new tools from AOPA.

The association has put together a “starter kit” for new clubs that includes sample bylaws, a guide to incorporation, and specially tailored aircraft loan and insurance programs.

“We’re addressing the biggest roadblocks to starting new flying clubs and we’re doing it in a commonsense way that people will be able to replicate all over the country,” said Woody Cahall, AOPA’s vice president for flight operations. “There’s no one-size-fits-all solution, so we’re showing examples and best practices that flying clubs can pick and choose from.”

AOPA will unveil the starter kit before the 2014 Sun’n Fun Fly-In at Lakeland, Florida. It also will be available online at AOPA.org.

There are about 650 active flying clubs in the United States, and AOPA is helping them grow and share information with resources such as an online “Flying Club Finder,” webinars, and a Facebook page with more than 1,700 participants. AOPA Flying Club resources can be found online (www.aopa.org/flyingclubs).

“Flying clubs are the unsung heroes of general aviation because they’ve done so much for so long at the grassroots level to help people get started in flying and to help them accomplish their aviation goals,” she said. “AOPA is committed to clearing obstacles to growth for existing clubs and encouraging new ones to get started and join in this critical work.” DMH 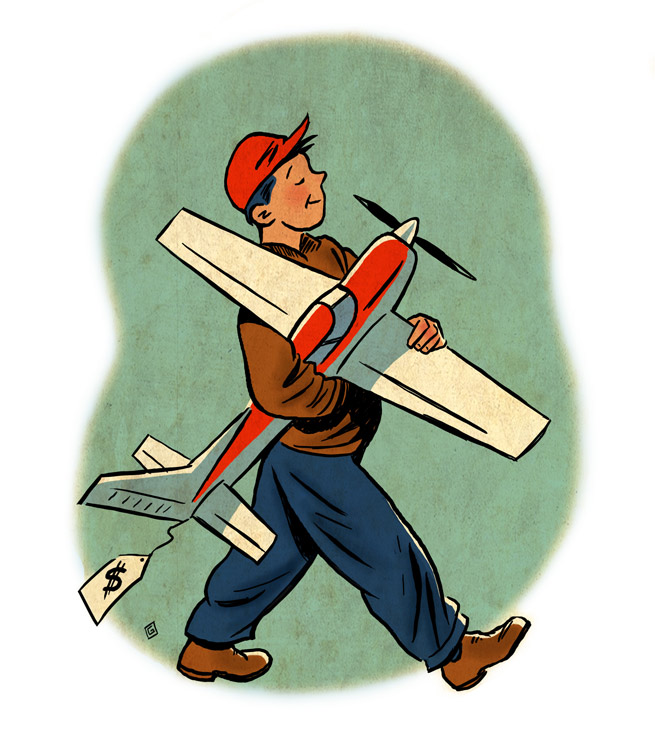 My older brother Jason is an avid golfer and he thoroughly enjoys a game I detest. It’s a mystery to him why I’m not a member of a golf club that is within easy walking distance of my house. The reason I don’t play is that it costs $3,500 to join the club (nonrefundable) and $385 a month in dues. That’s not exorbitant by golf standards, but a pilot in the Sky-Hi Flying Club could get 105 hours of flight time for that.

Jason, a lawyer, likes to point out that my career could benefit from the kind of networking that’s done on the links, but I’m sorry. I’d just rather be at the airport with similarly socially inept pilots and mechanics. Golf courses only interest me as potential emergency landing sites.

Boating is another socially acceptable pastime for grown-ups, and I’ve thoroughly enjoyed the few nautical outings I’ve taken part in. But boat slips in this area make hangars seem cheap. It’s not uncommon to pay $6,000 a year for 30 feet of dock space, if you can get it, and most owners still have to pull their boats out of the water to protect them from the elements during winter. The act of winterizing and storing a boat alone can cost more than the annual maintenance inspection on a typical single-engine aircraft.

Also, boats actually make airplanes look good when judged on a miles-per-gallon basis. A 30-foot cruiser generally gets about one mile per gallon at 75-percent power. And even though airplanes fly many more miles at a stretch, the combination of farther, faster, and cheaper is appealing.

It’s true that boats, especially used ones, can be had at bargain prices. Insurance is far less than aircraft, and you don’t have to pass a checkride or medical evaluation to operate one. But the fixed costs are already so high that I’ve busted my budget before I even get to the water.

My 14-year-old son Nathan has recently become enamored with skiing, and I love his wide-eyed excitement at the prospect of a day on the local ski hill. My wife and I have even been evaluating a possible trip out west to a major mountain range where the high elevations and long vertical drops would surpass the scale of anything our boy has considered. But a ski trip for a family of four is a financial avalanche.

My daughter Kara likes horses. We won’t even go there. Veterinary bills can be catastrophically expensive. And it makes no sense to pay thousands of dollars a year for the care and feeding of one measly horsepower when 180 or more are available in a single-engine airplane that you don’t have to clean up after with a shovel.

So while this cost comparison may rightly be regarded as an elaborate ration-alization for why it’s OK for pilots to do what we already were going to do anyway, it makes me feel better.

There’s no getting around the fact that flying is expensive, but it’s no more so than other vices that hardly raise an eyebrow among nonflyers. Even those who drive really nice cars.