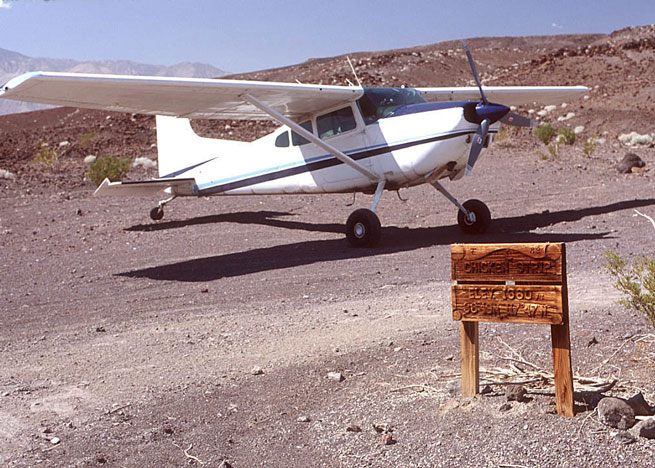 The National Park Service is studying management alternatives for the Saline Valley Warm Springs area of Death Valley National Park, and the course chosen could determine the future of one of California’s remaining backcountry airstrips. AOPA and the Recreational Aviation Foundation (RAF) are urging pilots to join them in submitting comments by April 27 in support of the volunteer-maintained airstrip.

The Chicken Strip is a 1,350-foot one-way-in, one-way-out airstrip at 1,360 feet msl, providing access to a remote, mountainous area with natural hot springs, roaming wild burros, rugged desert topography, and a wilderness experience "that otherwise would require a several-hour drive across rough dirt roads to reach," says the RAF.

RAF volunteers maintain the strip, keeping it open for public use under a memorandum of understanding with the National Park Service.

Four of five planning alternatives for future management of the area would keep the airstrip open. A fifth would cause it to be removed, along with nearby camping facilities. AOPA and the RAF are supporting the "Community Engagement" alternative, and encourage their members to do so as the best way to protect the airstrip. 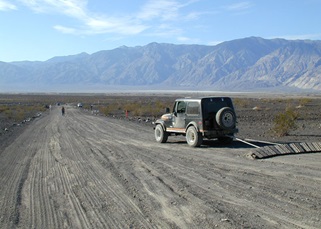 In a notice to its members about the opportunity to submit comments, RAF recommended support for that option because it "officially recognizes the strip and encourages community involvement from organizations such as the RAF to maintain the facilities in the Saline Valley," wrote John Kounis, the RAF’s Southern California liaison.

John Collins, AOPA manager of airport policy, encouraged AOPA members to study the proposed management plan and weigh in (as provided below).

"It’s a very useful strip, and it is a very good place to have it," he said, noting the "conditional" nature of road access. 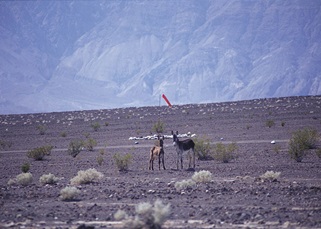 The value pilots place on the Chicken Strip has been made known to the National Park Service in the past. During the scoping stage of planning for the Saline Valley-Warm Springs area in 2012, more than 260 comments addressed the subject of Chicken Strip, he said.

The challenging airstrip—only 40 feet wide and constructed of native materials—has existed for more than 50 years. The basic strip demonstrates the light environmental impact and utility of general aviation aircraft that can provide access to the area for pilots and passengers—sparing visitors, especially the handicapped, "a grueling five-hour drive by road," Kounis wrote.

Chicken Strip can also serve as a staging area for medical evacuation flights and search-and-rescue operations.

In early March the National Park Service announced a one-month extension, to April 27, of the deadline for commenting on the management alternatives. Pilots may submit their comments online or by mail to Saline Valley Management Plan, Superintendent, Death Valley National Park, P.O. Box 579, Death Valley, CA 92328.

Dan Namowitz has been writing for AOPA in a variety of capacities since 1991. He has been a flight instructor since 1990 and is a 35-year AOPA member.
Go to Dan Namowitz's Profile
Topics: Backcountry, Airport Advocacy, Airport