Get the app Get the app
AOPA Members DO more LEARN more SAVE more - Get MORE out of being a pilot - CLICK HERE
News & Media IFR Fix: 'Messing with power' 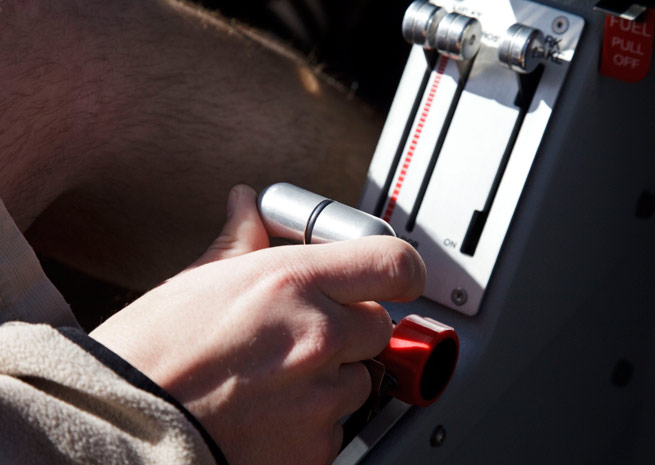 Weather is 400 overcast and a mile visibility as you brief the departure procedure one last time and taxi toward the runway for an early morning trip home. Who knows where the tops are at this hour. Who knows whether the forecast improvements will unfold on schedule. Good thing you had the aircraft fueled up last night, and put yourself to bed early even though it meant sneaking away from the party your weekend hosts had thrown in your honor.

The "go" decision wasn’t a no-brainer. With the departure airport’s glideslope out of service and only nonprecision approaches available, an emergency return to the airport is out of the question because of high minimums.

That scenario proves forceful in reminding you to climb to a safe altitude promptly after takeoff and postpone the first power change—which in any case could be distracting during the transition to instrument flying. The first power reduction after takeoff is also associated with some cases of engine failure; another reason to delay the task until a less workload-intensive phase.

Another consideration: How will the power change affect the aircraft’s ability to climb at a minimum designated rate per nautical mile if such a condition is part of the airport’s IFR departure procedure?

The March 11 "IFR Fix: Trains at the DER" presented a scenario in which a pilot makes a premature, sloppy transition to en route-climb power and a 95-knot airspeed, a combo that produces a 316-feet-per-nm climb. That’s 29 feet per nm less than the published departure procedure’s requirement of 345 feet per nm for the first thousand feet.

According to figures for the 1985 Cessna 172RG, a mid-range airspeed for normal climbs is 75 KIAS; on the same departure in zero wind, that would produce a 400-feet-per-nm climb. Climbing at 70 KIAS, the lowest value in the published range increases the climb to 428 feet per nm.

Readers, in comments, shared ideas about IFR takeoffs and climbs—one noting that he "wouldn’t dream to start messing with power and rpm settings that early on."

A productive discussion. However, CFIIs seeking material to use when administering instrument proficiency checks should note that the results of the March 11 poll question, which asked for the flight’s actual climb per nm to be selected from among four answers, were mixed, with 50 percent of about 460 respondents choosing the correct answer.