Get the app Get the app
News & Media Training Tip: Weighing the wake makers 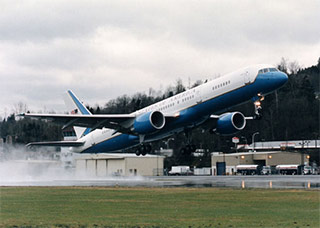 There are small aircraft, like the trainers flown by student pilots, and large aircraft sharing the same airspace. Can you think of another size aircraft that belongs on the same list?

It may not be the one that comes most readily to mind. Regardless of what size aircraft a particular pilot flies, another classification of aircraft that comes in for special attention by pilots and controllers alike is aircraft described as heavy. These terms apply to how air traffic control keeps aircraft separated to avoid wake turbulence encounters.

For wake turbulence separation purposes, ATC classifies aircraft as small, large, and heavy, explains the Aeronautical Information Manual’s Pilot/Controller Glossary. A heavy aircraft is one that is capable of takeoff weights of 300,000 pounds or more. The designation applies "whether or not they are operating at this weight during a particular phase of flight."

Air carriers are expected to add the word "heavy" to their call signs as appropriate when communicating with ATC. In a special case, the Boeing 757 is treated as a heavy aircraft for separation purposes because of the wake turbulence it has been found to generate.

In ground study, you learned that all fixed-wing aircraft generate wingtip vortices, and that pilots should maintain a flight path that avoids flight in or below the zone where a preceding aircraft’s wake is likely to exist. That means learning to visualize the effect of surface wind on the location of vortices generated by aircraft that are taking off or landing.

In addition to the required separations applied by ATC, the AIM offers this tip to pilots of lighter aircraft on visual approaches to an airport where a visual approach slope indicator (VASI) or other such vertical guidance system is available: Fly at or above the indicated glidepath when proceeding in trail of an aircraft that could produce strong wake vortices.

Dan Namowitz has been writing for AOPA in a variety of capacities since 1991. He has been a flight instructor since 1990 and is a 35-year AOPA member.
Go to Dan Namowitz's Profile
Topics: Training and Safety, ATC, FAA Information and Services 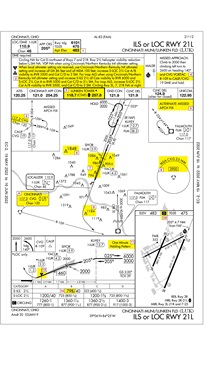