Get the app Get the app
AOPA will be closed July 4th, in observance of the Independence Day holiday. We will reopen at 8:30 am ET on Tuesday, July 5.
News & Media Boeing Employee Flying Association has 'CFI of the Year'

Boeing Employee Flying Association has 'CFI of the Year' 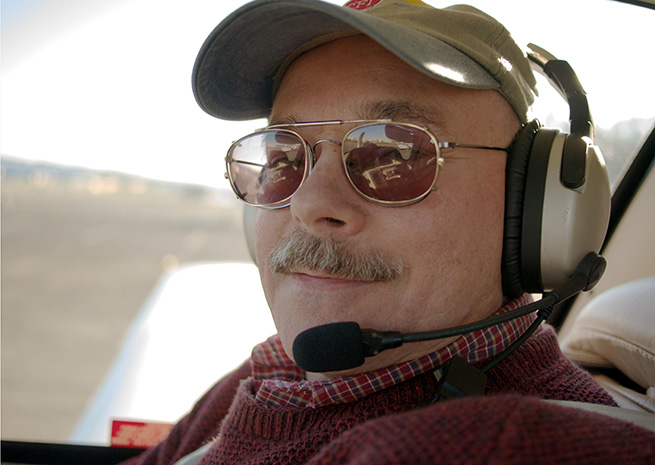 Howard Wolvington, a flight instructor for the Boeing Employees Flying Association (BEFA), has been named the 2014 CFI of the Year under the FAA’s General Aviation Awards program. The program recognizes aviation professionals for their contributions to GA.

Wolvington has been a flight instructor since 1999. He is an instrument instructor and airline transport pilot with land and sea ratings, and is also an advanced and instrument ground instructor.

“I originally worked for Boeing in Washington, D.C. I moved to Seattle in 1997, and earned all my certificates and ratings through BEFA,” Wolvington told AOPA. He is one of 24 CFIs at BEFA, which has 500 members.

When asked how many students he trained, Wolvington said that it was a “little over” 100. His teaching philosophy is that CFIs are there to serve the client.

“We need to figure out what the client’s objective is. Some students are those who have always wanted to learn how to fly and finally have the money to do it,” said Wolvington. “There are others who want to be commercial airline pilots, and the training styles for these groups are different. I look at a client, their objective, then develop plan around their objectives.”

Wolvington is still recovering from winning CFI of the Year. “It was a surprise for me to win because there were great people on the finalist list,” he said. “When I started this, I didn’t intend on becoming a fulltime CFI.”

The FAA will present Wolvington with his award at this year’s EAA AirVenture in Oshkosh, Wis. Wolvington and the names of the winners of the aviation maintenance technician, avionics technician, and the FAA Safety Team (FAASTeam) Representative awards will be added to a permanent plaque in the lobby of the EAA AirVenture Museum. The winners also will receive an all-expenses-paid trip to Oshkosh to receive their award in person and enjoy the show.