Get the app Get the app
Already a member? Please login below for an enhanced experience. Not a member? Join today
News & Media Training Tip: A generous margin

Established on course with the next checkpoint in sight dead ahead, any student pilot would savor this tangible proof that the many skills you have learned now combine to produce this so-satisfying result.

Beyond the basics, you are staying ahead of the aircraft, thinking ahead and anticipating. For example, it only took one or two surprise simulated engine “failures” to reinforce your habit of noting possible emergency-landing sites along each route. When evaluating this road, and that plowed field, you try to gauge the gliding distance to each, estimating the surface wind speed and direction, if possible.

Your planning revealed that today’s westbound route across Indiana affords the added bonus of a profusion of airports located on or near the course line. And according to your sectional chart, you should be passing one right now. It's out there in the haze, about five miles north of your course. "Nice to know it’s there," you remark to your instructor (although your trainer’s smooth and robust engine has never missed a beat).

A good pilot is always learning—and now a new lesson emerges, as that smooth-running and reliable engine falls silent, thanks to your CFI’s hand wrapped tightly around the idled throttle. "Nice to know it’s where?" she asks with the emphasis on "where?"

There are more immediate tasks to attend to than responding, such as setting up a proper gliding speed, turning in the general direction of that airport, and doing some analysis of this engine problem. (Take the Air Safety Institute's safety quiz on emergency procedures.)

But the point is taken. There had been some undemanding time during level cruise when you could have tried to spot that airport. A glance at the chart would have refreshed your recollection of its common traffic advisory frequency and runway orientation. The single runway roughly parallels your course, helping you know what to look for, and how to visualize a power-off approach. And although there were many factors in play when selecting a cruise altitude, another 2,000 feet (according to the hemispherical rule) for your direction of flight, would come in handy now.

You don’t doubt that you can "make the field" from here—but finding it, making it, and maneuvering to land on it safely would benefit from the additional minutes that another 2,000 feet of altitude would provide.

That’s your safety margin. When building margin into your planning, be generous. 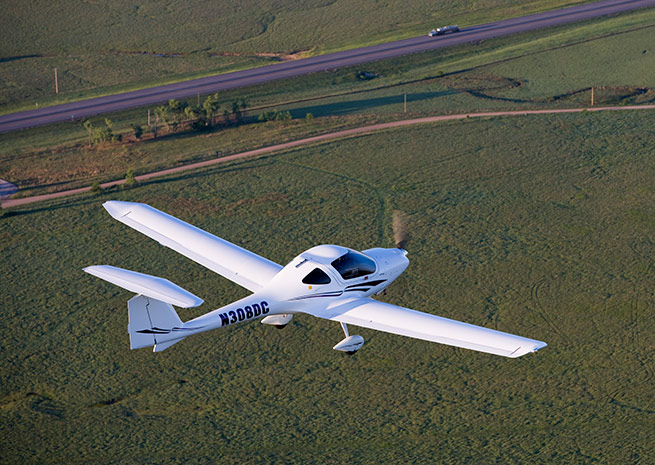