A legendary airplane nicknamed “Dragon Lady” proved to be a bit too much for the FAA’s new air traffic control computers to handle on April 30, forcing a temporary ground stop that affected thousands of travel plans.

The FAA confirmed on May 5 that a U-2 flight plan caused the software glitch that affected air traffic in, and into, Southern California and Nevada, forcing a ground stop that affected flights around the country.

The trouble was the most publicly visible snafu for a new system that has been set back by cost overruns and delays. 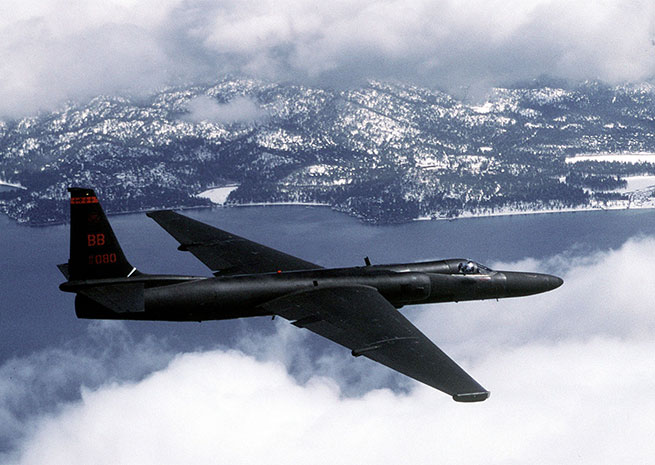 The En Route Automation Modernization computer system, contracted originally at $2.1 billion, is a major upgrade to the FAA’s 40-year-old routing system, and a critical component of the NextGen airspace modernization program. ERAM, originally scheduled to be online in 2010, has been troubled by software problems and related issues. An August 2013 audit report by the Department of Transportation Office of Inspector General noted that the original $2.1 billion price tag for the system had swelled by $330 million, and the audit team expressed concern that while the FAA had made significant progress addressing issues uncovered by past audits, the August 2014 deadline to have ERAM fully operational might slip, and additional funding might be required.

Ironically, Lockheed Martin is both the primary contractor building the new computer system and the builder of the U-2. The U-2 first flew in 1955 and remains in service with the U.S. Air Force and NASA, which operates a civilian variant known as the ER-2. The U-2 is capable of flying above 70,000 feet (the actual service ceiling remains classified), and the April 30 flight plan was filed for 60,000 feet, according to published reports, well above the crowded air routes. According to the May 5 statement released by the FAA, the new computer system interpreted the mission as a VFR flight with a planned altitude below 10,000 feet.

“The extensive number of routings that would have been required to deconflict the aircraft with lower-altitude flights used a large amount of available memory and interrupted the computer’s other flight-processing functions,” the FAA said in the written statement provided to AOPA by an agency spokesperson. The Los Angeles Air Route Traffic Control Center computer system went down for nearly an hour, the FAA confirmed, and the resulting ground stop halted flights in the region, along with flights across the country destined for Southern California and Las Vegas. More than two dozen flights were canceled, more than 200 were delayed, and thousands of passengers were affected, along with an unknown number of private flights.

“The FAA resolved the issue within an hour, and then immediately adjusted the system to now require specific altitude information for each flight plan,” the agency’s statement continued. “The FAA also has enabled facilities that use the computer system to significantly increase the amount of flight-processing memory available. The FAA is confident these steps will prevent a reoccurrence of this specific problem and other potential similar issues going forward.”

The Dragon Lady-driven glitch appears to have some similarities with software problems that have delayed ERAM deployment. Controllers told DOT inspectors that the flight path modeling function was one area of concern that remained to be resolved in 2013.

“According to controllers, improvements are needed in order to support current operations and NextGen capabilities that use trajectory-based operations,” the August 2013 report states. As of the report’s writing, ERAM had been installed in 16 of the 20 ARTCC facilities nationwide, though not fully deployed—in some centers, ERAM was being used part-time, and the FAA had yet to install it in the busiest facilities in the country, centers serving the New York and Washington, D.C. areas. The federal budget standoff and cuts made in 2013 known as sequestration also threatened full deployment of the ERAM system by August 2014, when the current system is slated to be taken off line.

Officials have not released more specifics on the U-2 flight that overloaded the computer system; it remains unclear if it was an Air Force or NASA operation, though a NASA spokesman told NBC that neither of NASA’s ER-2 variants were operating at the time.