Get the app Get the app
AOPA Members DO more LEARN more SAVE more - Get MORE out of being a pilot - CLICK HERE
News & Media Pilots: Al Waterloo

CFI live on the radio

What do you want to get out of aviation? It’s a simple question and Chicago-area CFI Al Waterloo asks it of each of his students before their first flight lesson. 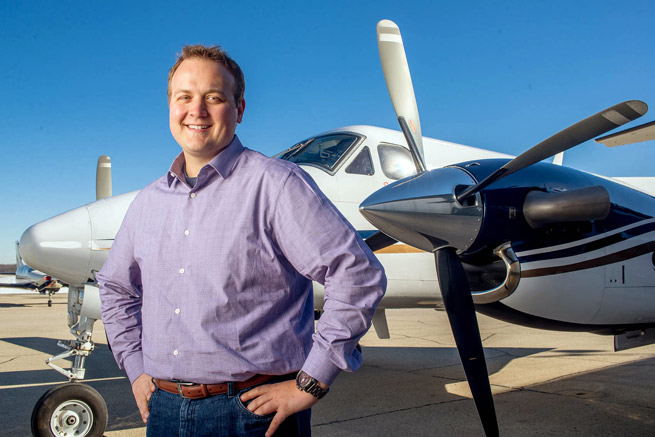 What do you want to get out of aviation? It’s a simple question and Chicago-area CFI Al Waterloo asks it of each of his students before their first flight lesson. Determining the motivation behind the desire to learn to fly is often overlooked in most training environments in favor of a one-size-fits-all approach. Waterloo uses his students’ responses to tailor his training approach to meet each student’s individual goals.

In 2012 Waterloo was introduced to Jim Stone, a 48-hour student pilot who had yet to solo. Stone was near the end of his rope and was thinking of hanging up his flight bag when Waterloo asked his trademark question. Turns out Stone did not have aviation career aspirations, but instead had visions of taking scenic flights along the Chicago lakefront with his wife. Waterloo suggested that Stone bring his wife on their next lesson, an evening flight in early July.

Waterloo timed it so the lesson ended with them coasting along the Lake Michigan shoreline as a flurry of fireworks erupted, giving Stone and his wife a new perspective on the Fourth of July—one reserved for aviators. While Stone and his wife enjoyed the show, Waterloo tuned the radio to O’Hare Approach and told his student that before capping off an already special flight, they were going to make a stop at O’Hare—giving Stone his first Class B airspace experience.

After that flight, Stone’s interest in flying was reenergized and he could better envision the dream he was trying to realize. Just eight days later, Stone soloed and a few months later fulfilled his goal of more than 60 years to become a certificated pilot.

In the end, Stone’s hurdle was less about flying skills or training and more about seeing the finish line to achieve his aviation goal. The industry needs schools and instructors like Waterloo, looking to question the status quo and help students discover and experience what they want to get out of aviation.

When Waterloo is not instructing or flying a King Air 200 as a corporate pilot, he seeks out interesting people doing interesting things in aviation. He shares those stories on his weekly two-hour live radio show broadcast over the Internet at Simple Flight.net.