Get the app Get the app
AOPA Members DO more LEARN more SAVE more - Get MORE out of being a pilot - CLICK HERE
News & Media Mentor Matters: The importance of an engine-start ‘flow’

Mentor Matters: The importance of an engine-start ‘flow’

Compared to starting a piston engine, cranking up a jet is a piece of cake. 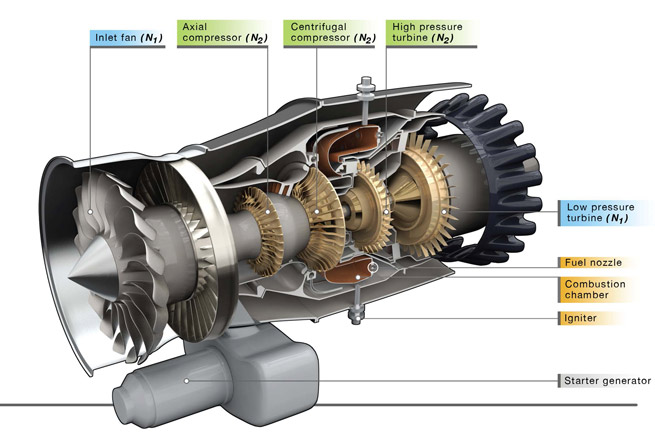 Compared to starting a piston engine, cranking up a jet is a piece of cake. No need to worry about priming, over-priming, or whether the engine’s cold or hot. Nor is there a need for three hands to simultaneously manipulate starter, mixture, and throttle when things get tricky. That said, things can get expensive much more quickly when a jet-engine start goes wrong—considering that overhaul costs for some light jet engines can exceed half a million dollars, it’s no wonder prudent jet pilots keep a hawk’s eye on the engine gauges during start.

A disciplined scan of the engine gauges is critical to ensure that all the right events are occurring at the right times, and that critical temperature limits aren’t in danger of being exceeded. Events occur so quickly with a small, lightweight engine that a pilot can easily overlook a major parameter if the start is not monitored with a tightly scripted and practiced scan. An effective scan can be built and used by considering the steps that must occur for a successful start—a
far better method than the scattershot review of engine parameters some pilots employ.

Like their piston cousins, jets need three things to start—compressed air, fuel, and an ignition source. Unlike pistons, however, the sequence of introduction of the various elements is precisely defined. Where a piston engine will have fuel introduced into the cylinders as the engine initially is being turned over, jet engines must accelerate to a minimum speed via the starter before fuel is introduced.

In some aircraft this is performed by a pilot action at a certain speed; in others, it’s performed automatically by the full authority digital engine control (FADEC) computer.

The first step, then, is for the pilot to send a signal to the FADEC to begin the start sequence. Electrical power paths are closed from the battery or ground power unit (GPU) to the engine’s starter-generator (SG). As the name implies, this unit is capable of either receiving electrical power and turning it into motion (functioning as a starter), or taking the motion of the engine and converting it into electrical power (functioning as a generator). As the SG is receiving power, it will begin to turn. The SG is directly geared to the engine’s inner, high-pressure or N2 core, so as it begins to turn, so does the engine’s N2 section. This rotation is readable by the pilot on the multifunction display (MFD), and is the first item confirmed after start is initiated.

Very quickly the FADEC will command igniters to fire in the engine, so that combustion can occur when fuel is introduced. The pilot must confirm via the MFD this has occurred, and then move eyes to the fuel flow gauge to ensure fuel is being introduced. Things happen even more quickly now, as the engine has the three elements needed for combustion.

Before diverting attention to the light-off of the engine, two more parameter should be checked. First is oil pressure; as the engine starts to turn, so too does the oil pump to lubricate the engine’s bearings. Running an engine at thousands of rpm with no oil pressure earns a trip to the overhaul shop, so checking for a rise in pressure is critical before the engine accelerates too much.

Next to check is that the low-pressure, or N1, section of the engine has started rotating. The N1 and N2 sections are not physically linked, so only sufficient airflow through the engine will start the N1 section rotating. Failure of N1 to display rotation by a defined amount of time into the start sequence could be indicative of a seized section, and warrants an immediate abort.

Confirmation of combustion comes via the critical interstage turbine temperature (ITT) gauge, which measures the difference between the high- and low-pressure turbine sections. The temperature of the flame itself is far higher that what the metal of the engine can withstand, so copious airflow through the engine is necessary to keep the engine temperature at a safe level. Insufficient cooling airflow caused by slow acceleration of the engine or high density altitude conditions will show up as rapidly rising ITT, which can quickly exceed the starting limit.

Putting the above together, once the pilot establishes that N2 rotation is occurring, the order of scan is: ignition active, fuel flow as expected, oil pressure rising, N1 rotation, then ITT light-off. To help remember, use “IFONI,” taking the first letter of each. Pilots who use a specific scan for every start are far more likely to catch an anomaly than those who quickly glance over the instruments, or focus entirely on the ITT gauge.